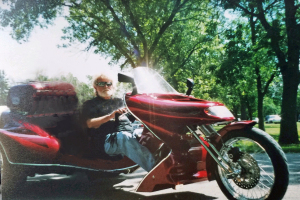 A private family service will be held for Bob’s family with a public Celebration of Life being held at a later date. A livestream of Bob’s funeral service will begin at 3:00 p.m. on Thursday, May 14, 2020 on the Mundwiler and Larson Funeral Home website.

Robert Marvin Halvorson was born on October 1, 1942, in Wheaton, MN, to Marvin and Olga (Vinge) Halvorson. He attended school and graduated from Graceville High School in 1960. After graduation, Bob enlisted in the United States Navy and was stationed in Norfolk, VA, for three years. After he was honorably discharged, Bob attained his Associate of Arts degree and was employed as a Licensed Alcohol and Addiction Counselor.

On October 10, 1964, Bob was united in marriage with Dolores Piechowski. To this union, two sons were born: David and Daniel. Bob and Dolores lived in various towns in Minnesota including Minneapolis, Fergus Falls, Willmar, Granite Falls, and Beardsley.

Bob enjoyed watching car racing and listening to talk and sports radio in his so-called “man cave”. He had a passion for riding motorcycle. In addition, Bob enjoyed watching hockey, especially when his sons played. He also enjoyed dabbling with small engines.

To send flowers to the family or plant a tree in memory of Robert Halvorson, please visit our floral store.