A Memorial Mass will be held on Saturday, June 18, 2022, at 11:00 a.m. at St. John’s Catholic Church in Ortonville, MN. Visitation will be held one hour prior to the Mass at the church on Saturday. Fr. Jack Nordick will celebrate the Mass and inurnment will be at St. Joseph Cemetery in Rosen, MN.

Daniel Urban Schmieg was born on October 7, 1932, on the Schmieg family farm near Rosen, MN, to Anton and Mary (Kelzer) Schmieg. He lived on the farm until he was 13 years old with his three brothers and four sisters. Dan graduated from eighth grade at St. Joseph's Catholic School in Rosen in 1945. He continued working on the family farm with his father until 1948, when Dan began farming for himself.

Dan farmed for four years until he was drafted into the United States Army in 1952. He went to Basic Training at Camp Breckenridge, KY, and he was stationed for two years in Germany. Dan guarded the German border from threat of Russian invasion. He was honorably discharged in 1961.

On October 13, 1956, Dan was united in marriage with Eunice Strei at St. Joseph Catholic Church in Rosen. Together, they were blessed with six children: four daughters and two sons. They also gave a loving home to several nieces and nephews. Several grandchildren got to spend their summer vacations with Papa Dan and Eunice on their farm near Big Stone City, SD, on the Whetstone River.

Always a hard worker and never one to sit still, Dan was a "Jack of all trades", working at Leonard and Josie's Meat Market after losing their dairy barn and all of his cattle to a fire in 1965. When the Larsons retired, Dan bought the meat market in Ortonville and named it "Dan's Locker". He later was a co-owner & meat cutter at Pioneer Meat Market and manager of Ol' Mill Meats in Milbank, SD. When Dan retired from meat cutting, he worked as a Valley Shopper salesman, at Berkner Plumbing, the City of Big Stone, and at Ortonville Auto delivering auto parts, which he later admitted was his most favorite. When Dan and Eunice retired, they spent their winters in McAllen, TX, for 18 years.

Moving to Fairway View Independent Living in 2017, Dan and Eunice enjoyed their time with each other and their friends. This past February they moved to Granite View Neighborhoods.

In his leisure time, Dan enjoyed playing pool, cards, story-telling, cruising around Fairway View on his scooter, and taking trips to the farm. He had a gift for striking up conversations with anyone he met, & was known for his keen sense of humor, as he enjoyed making people smile & laugh! He also loved spending time with is grandchildren and great-grandchildren. 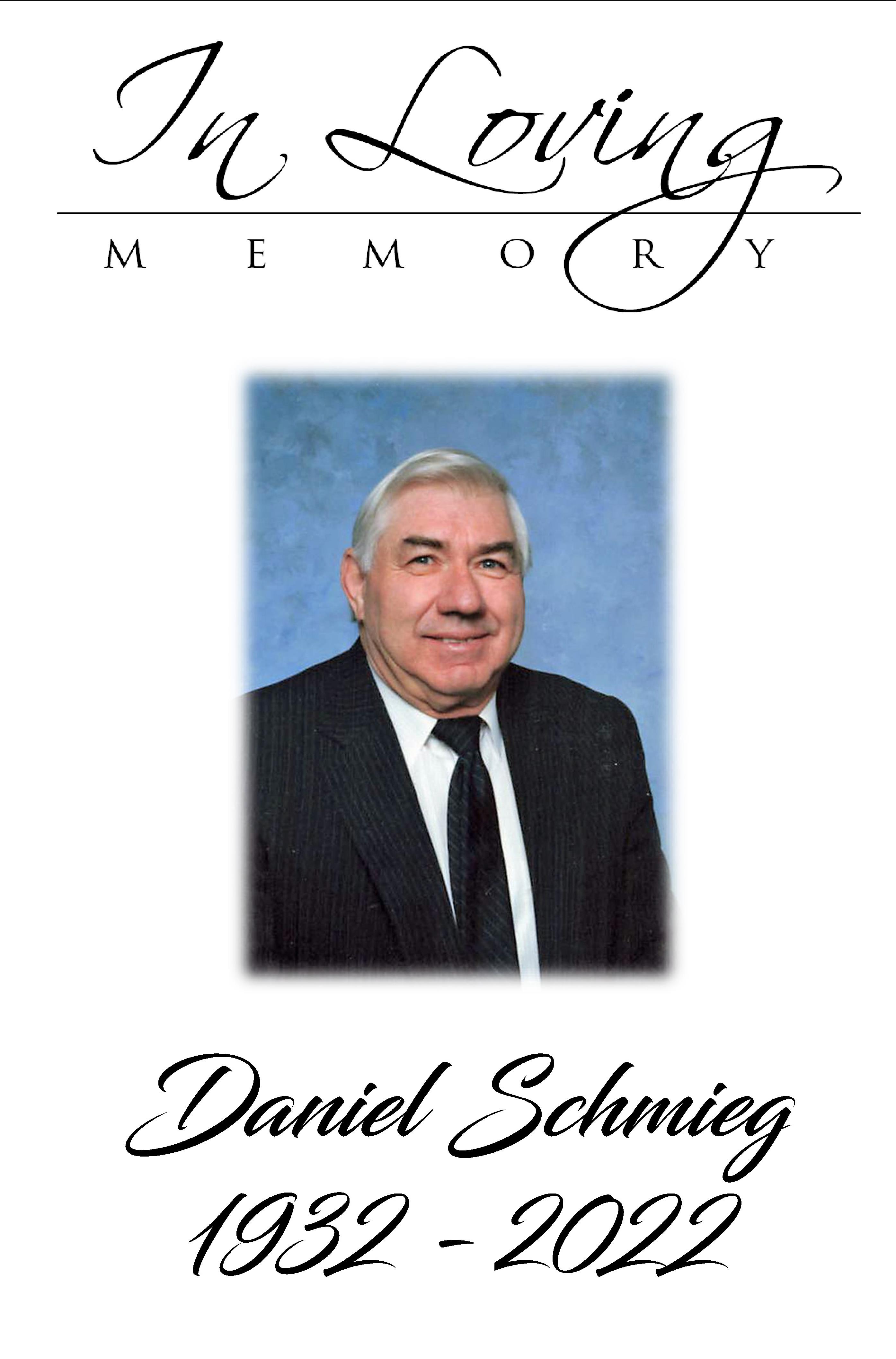