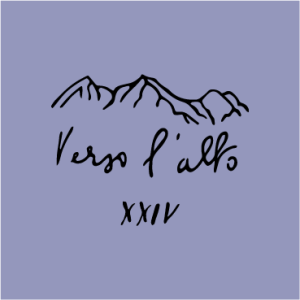 Mass of Christian Burial will be held on Tuesday, January 12, at 10:00 a.m. at St. Katharine Drexel Parish in Sioux Falls.  Father Greg Tschakert will celebrate the Mass. Burial will be at St. Lawrence Catholic Cemetery in Milbank at 3:00 p.m.

While maintaining social distancing guidelines, we are now able to gather for visitations and services. The use of face masks by attendees is recommended. For those who prefer or require continued precautions, webcasting and/or livestreaming will be viewable at the bottom of this page.

Bailey Aleksandr Lauret was unexpectedly called home as a result of a pulmonary embolism on Tuesday, January 5, 2021 in Omaha, Nebraska.  Bailey was born June 23,1996 in Rockville, Maryland.  He was the son of Curtis B. Lauret III and Rochelle M. (Van Sambeek) Lauret of Sioux Falls, South Dakota.

He and his family lived in Germantown, Maryland until they moved to Sioux Falls, South Dakota in 1997.  He attended St. Michael’s Catholic Elementary School and was a member of the Boy Scouts of America.  He attended O’Gorman Jr. High and High School, graduating in 2015.  Bailey was very musical, having sung in the Singing Boys of Sioux Falls Choir while in elementary school and participating in choir, show choir, and All-State Chorus throughout high school.  He was a member of NAfME All-National Honors Mixed Choir and traveled to Nashville, TN to sing at the Grand Ole Opry. He was cast in numerous school plays and musicals.  He played the piano, a variety of brass instruments and participated in the OGHS Marching Knights. Bailey played football and participated in powerlifting.

Bailey was called to discern the priesthood and attended St. John Vianney Seminary on the campus of St. Thomas in St. Paul, Minnesota for two years before being called to a secular life, finishing his education at the University of St. Thomas where he graduated with a Bachelor of Arts degree in Catholic Studies in May, 2019.  While attending university, he was fortunate to have the opportunity to travel abroad.  He attended World Youth Day in Krakow, Poland in July 2016 and studied abroad at the University of St. Thomas – Bernardi Campus in Rome, Italy for the Spring, 2018.  While in Italy he was able to make pilgrimages to Assisi and other notable holy sites.  His love of music continued throughout college while singing in the St. Thomas Choir.

After graduation, he was called to evangelize as a missionary through the Fellowship of Catholic University Students (FOCUS), working with his team based on the University of Memphis Campus in Memphis, Tennessee.

Bailey traveled to Mexico in 2017 and 2020 on mission trips.  The first to Mexico City and the second to San Luis Potosi.  During this trip, and his trip to Rome, he heard God’s call to serve as missionary for Christ.  There was no doubt in Bailey’s mind that Memphis was where God wanted him to be.  His life centered around his relationship with Christ being called to spread the gospel message of God’s love to all and bring as many people as possible with him to Heaven.

Bailey had numerous interests, including cooking, baking, traveling and anything related to Broadway musicals—having made a number of trips to see live shows.

In addition to his parents, left to cherish his memory are his sister, Madeleine Lauret of Sioux Falls, SD; paternal grandparents, Curtis and Lorraine Lauret, Jr. of Baton Rouge, Louisiana; paternal and maternal aunts, uncles and cousins.  He was preceded in death by his maternal grandparents John and Marge Van Sambeek and first cousin Christopher Van Sambeek.  Momento Mori – Remember Your Death - This world is not your home.

In lieu of flowers, memorials may be given to: