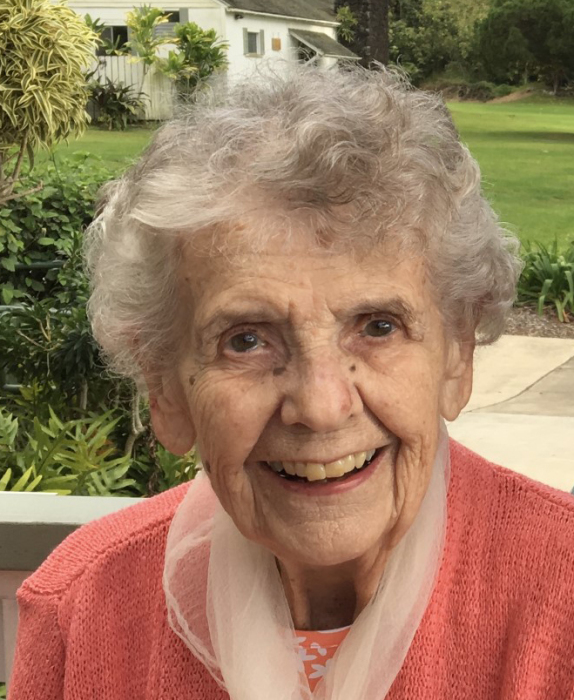 The number of people in the church building at one time is limited to twenty-five percent of the church building capacity to protect the health and safety of all as recommended by state and local authorities and the CDC. Friends and family are also welcomed to join the family at Mound Cemetery and stay in or near their cars during the graveside service. Additionally, expressions of sympathy during this time can be left on the condolences page available with the obituary on our website.

Immediately following the war, Zina was able to get a job in Tokyo for the US government as a court reporter.  It was one day during court that the love of her life spotted her– after that initial sighting their paths crossed again; and after a brief courtship Zina was united in marriage to Dwayne Koehntopp on September 6, 1947, at General Headquarters Chapel, downtown Tokyo.

In 1947, Dwayne and Zina returned to Minnesota and in 1948 they were blessed with their first child Dallas. In 1951, they moved to Fort Ruker, Alabama, where she became a naturalized U.S. citizen. Shortly after returning to Ortonville in 1953, they welcomed their second child, Diane. Zina was a dedicated mother and supportive wife. Through her love of numbers and figures, she worked as bookkeeper for a variety of small businesses and helped Dwayne at the station.

Zina was known for her honesty, love of the sun, and the gift of being a friend to many. She was involved in with many organizations including the American Legion Auxiliary, Birthday Club, and working many ‘grandma circles’ at the United Methodist Church where she was known for her beautiful braided rugs.   Throughout the years she and Dwayne traveled frequently; her favorite spot was Maui, Hawaii where she and Dwayne spent 43 years escaping the Minnesota winter.

Additionally, Zina was a devoted grandmother and great-grandmother. She frequented their activities, wrote many letters, and enjoyed their long visits. Often you could find her enjoying coffee with friends, afternoons on the cottage porch, perusing a catalog, or looking for her glasses.

Zina leaves a legacy of love and many behind. She is survived by her husband of 72 years Dwayne; her daughter and son-in-law: Diane and Bill Vangsness; 3 grandchildren and their spouses: Mike and Melissa Vangsness; Kelly Vangsness and Jerry Rademacher; Jane Vangsness Frisch and Tom Frisch; six great-grandchildren: Mason, Alex, Larkin, Bennett, Brynn, and Leilah; two sisters-in-law: Luboff Shvets and LaVonne (Lynn) Gloege; two nieces: Ekaterina and Margarita Shvets; and one nephew, Kevin Gloege; and close friends, the Omura Family.

She is preceded in death by her son; her parents; brother, Valeriy Shvets; and nephew, Steven Gloege.