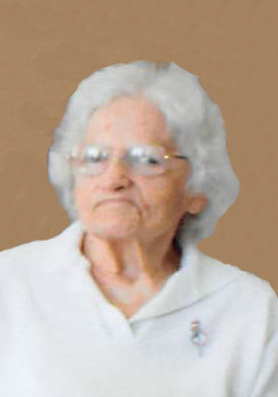 Funeral services will be held on Saturday, July 7, 2018, at 1:30 pm at Trinity Lutheran Church in Odessa, MN.  Visitation will be held on Friday, July 6 from 5:30 to 6:30 pm, with a prayer service to follow at the Madison Lutheran Home Chapel in Madison, MN.  Visitation will continue one hour prior to services on Saturday.  Rev. Thaine Kister will officiate and interment will be in the Trinity Cemetery in Odessa.

Yvonne Marlene (Johnson) Lund was born on December 23, 1934, on a farm in Akron Township of Big Stone County, MN near Correll.  She was the daughter of John and Clara (Pearson) Johnson.  Yvonne was baptized and confirmed at Immanuel Evangelical Lutheran Church.  She graduated from Odessa High School with the Class of 1953.

On January 30, 1954, Yvonne was united in marriage with James Lund.  They were joined by two sons: Richard and Michael.  The family moved a lot in their early days and settled in Odessa, MN.  Yvonne enjoyed listening to music, singing in her church, and her trips downtown for coffee with her friends.