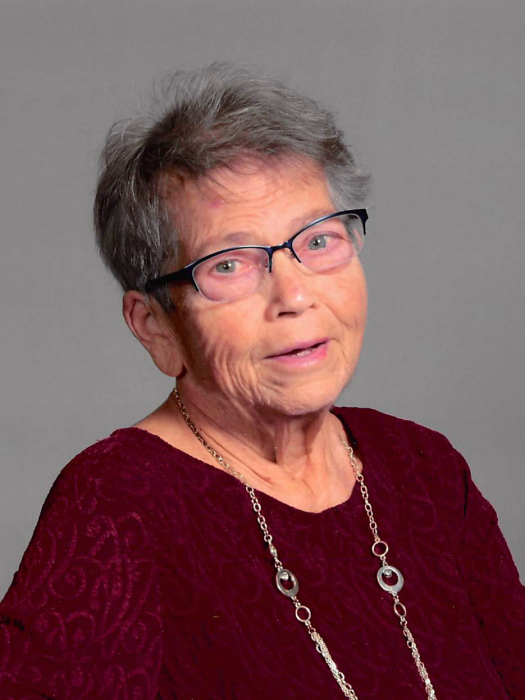 Wilma Marie (Stephenson) Anderson was born on March 3, 1943, to Willard and Isabelle (Thom) Stephenson. She was born in the family vehicle when the family was on the way to the hospital during a snow storm in North Dakota. She almost froze her little feet!

She attended school and was confirmed in Ortonville. Wilma met Larry Anderson when she and her sister spotted Larry and his brother cruising around town in their car. The two were married on March 31, 1962, at Trinity Lutheran Church in Odessa.

Wilma worked as a homemaker and raised three girls: Sandy, Debbie, and Tammy. She started working at the nursing home and assisted living facility in Clinton in the late 1980s. In 1989, Wilma and Larry moved into town from the farm outside of Clinton.

Wilma enjoyed crocheting, reading, gardening, going for walks around town, coffee time with her friends and neighbors, and reading cookbooks. Wilma’s brother always said that she was rarely angered, but when she got mad, she could “throw you through a window!” Wilma also enjoyed spending time with her grandchildren and great-grandchild.

Preceding Wilma in death were her parents; her husband, Larry in 2009; granddaughter, Brittany Paulsen; brothers: David Stephenson and John Stephenson; one brother in infancy; and baby sister, Beverly.