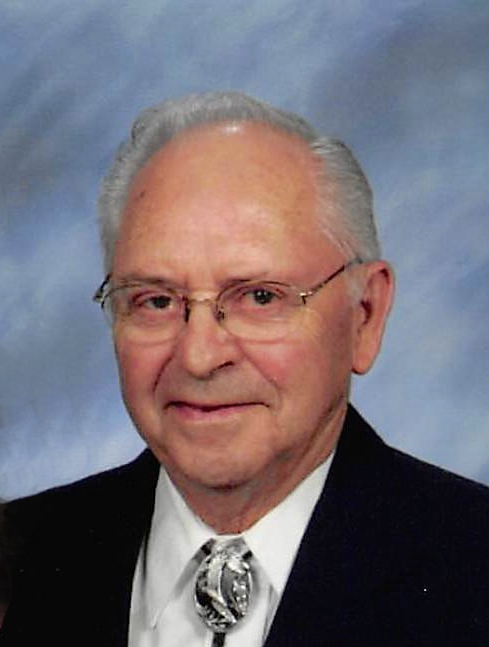 A graveside service will be held on Wednesday, April 22, 2020, at 11:00 a.m. at Eidskog Cemetery in Otrey Township of Big Stone County. Reverend Richard Larson will officiate the service. Friends and neighbors are invited to line their vehicles along the road and entrance to the cemetery as the family travels to the cemetery.

To protect the health and safety of all, services are currently being limited to 10 as required by state and local authorities and the CDC. Expressions of sympathy during this time can be left on the condolences page available with the obituary on our website.

Wilbert John Sherod was born on August 2, 1927, in Odessa Township of Big Stone County, MN, to Morris John and Bertha (Danielson) Sherod. He grew up on the family farm and graduated from Odessa High School in 1945.

In February of 1946, Willie entered into the United States Air Force at Fort Snelling, MN. He served for six months before reenlisting on September 1, 1946, to serve for 13 months in the Army. Willie was honorably discharged in September of 1947 and returned home to work on the family farm.

On June 29, 1952, Willie was united in marriage with Marlys Arlene Vangsness at Eidskog Lutheran Church in Otrey Township of Big Stone County, MN. The couple were blessed with five children. Marlys passed away on October 27, 1996.

On July 11, 1998, Willie was united in marriage with Mary Lou Bonine in Ortonville, MN. The couple moved and made their home in New London, MN, until 2016. Willie and Mary Lou decided to move back to Ortonville to be close to their children and moved into the Fairway View Senior Communities.

Willie worked as a farmer for most of his life but later worked as a nursing assistant. He was very active in his church and community serving as the clerk of the Odessa Township, as a Sunday School superintendent and teacher, and as a church deacon. Willie loved hunting, fishing, and spending time outdoors. He was an avid artist and woodworker and could be found drawing, painting, or building small projects. Willie’s grandchildren were the center of his world and cherished every moment he spent with them. He had a passion for horses and dogs and always had a couple of each when he lived on the farm.