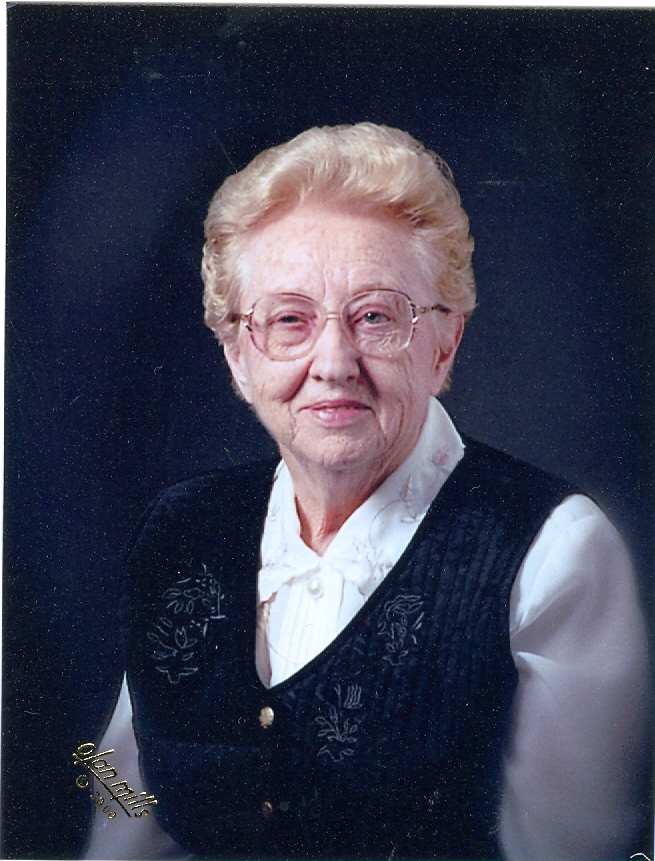 Wanda Deal Djonne died surrounded by her family on Wednesday, May 21, 2014, at Ortonville Area Health Services in Ortonville, MN.

Funeral services will be held on Saturday, May 24, 2014, at 2:00 p.m. at Trinity Lutheran Church in Odessa. Rev. Thaine Kister will officiate.

Visitation will be at Mundwiler & Larson Funeral Home in Ortonville on Friday from 5 -7 p.m. with a prayer service at 7 pm. Visitation will continue on Saturday at the church, one hour prior to the service.

Wanda (Paulsen) Deal Djonne was born October 2, 1924, in Lyon County, Iowa. The daughter of Ernest and Linda (Stoltenberg) Paulsen, she attended Clinton High School. Wanda and Donald Deal were united in marriage on November 29, 1941, in Madison, MN. They were blessed with four children: Sandra, Gary, Dawn and Todd. Wanda and Donald were engaged in farming prior to owning and operating Club 7-75 until the untimely death of Donald in 1968. Wanda wed Merlyn Djonne of Marietta in August 1970.

Wanda continued as a professional cook there after, employed by, among others, the Madison Lutheran Home and the Brookside Manor before returning to Odessa in 2005, cooking for the downtown cafe located there until retirement. However, she still regularly baked cookies for the White Pony cafe in Odessa until a few weeks ago.

Wanda enjoyed embroidery and reading, most recently consuming historical biographies. She was an avid Twins fan, upset with them only when they played those late west coast games that made watching them difficult. Her family will miss her wit and her even temperament, as well as her homemade dill pickles, jelly and fudge.