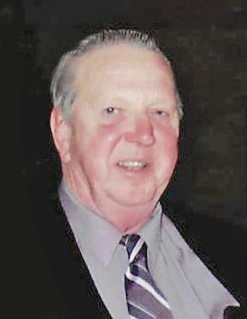 Terrance Ward Oakes was born on October 17, 1939, at Minnesota-Swedish Hospital in Minneapolis, MN, to Rayford and Agnes (Swanson) Oakes. He was raised and attended high school in Minneapolis, graduating from De La Salle in 1957. Terry began work at the Minnesota Highway Department and worked as a construction inspector for five years. He attended college for two years at St. Thomas College in St. Paul, MN, studying geology and chemistry.

In 1957, Terry met Kathleen Ryan on a blind date for prom! They were married on January 3, 1959, at Church of St. Mark’s in St. Paul, and together raised five boys. The couple moved into the house that Terry built three months after their wedding in Hanover, MN. They lived there for ten years. In 1968, they moved to Ortonville, MN. Terry and his brother, Jim, purchased Coast-To-Coast Hardware Store and founded Oakes Brothers Honda and Marine.  He later sold his half of the hardware store to his brother in 1976.

In 1974, Terry moved his family to a farm ten miles northeast of Ortonville.  He studied farming practices including learning how to grow crops and raise livestock. He grew the farm to a 120-sow operation and raised calves and stock cows. In 2003, Terry retired and moved with his wife into Ortonville.  He remodeled homes in town during his retirement.

Terry’s Catholic faith was strong and very important to him. He was active in St. John’s Catholic Church.  He served as president of the church council for many years, read scripture at Mass, was a Eucharistic Minister, taught religious education, and was a member of the Knights of Columbus. He was also active with the Ortonville Chamber of Commerce.  He was a committee member that built the municipal swimming pool, a member of the Jaycees, and served on the hospital board.  Terry was also proud to be a firearm safety instructor.

Terry had many hobbies other than farming and remodeling houses.  He enjoyed hunting, participating in fishing tournaments, traveling, wood carving, and gardening. He loved his wife and his family.  He cherished his time spent with them.

In lieu of flowers, memorials in Terry's name may be sent to Rice Hospice.