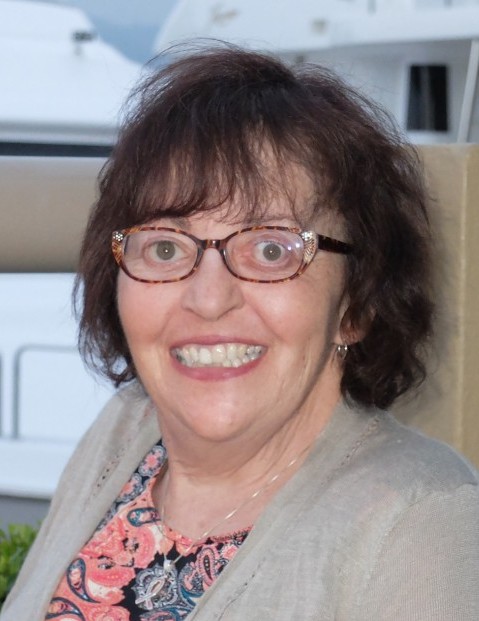 Ortonville and Big Stone County have lost one of their most optimistic personalities, community advocate, and longtime business promoter with the passing of Sue Kaercher-Blake, age 53, on Monday, Feb. 5th, 2018, Ortonville native and owner-publisher of The Ortonville Independent and The Northern Star weekly newspaper.

Suzette Jone Kaercher-Blake was born in Ortonville on January 5th, 1965, the daughter of James Kaercher and Jeanette (Buechler) Kaercher.

Sue was baptized and confirmed at the Ortonville United Church of Christ where she continued to grow with faith throughout her life. She graduated from Ortonville High School with the class of 1983. Sue was an active member in the student newspaper, DECA, drama, choir, band, and president of student council. Her strong work ethic began at age 13 where she served at A&W in Big Stone City, while helping her father at The Ortonville Independent throughout her high school years.

Following high school Sue enrolled in Hubbard School of Journalism at the University of Minnesota at the main campus in Minneapolis. She graduated from the U of M in the summer of 1988 with a Bachelor of Arts degree, majoring in journalism. Sue became a life-long member of Delta Delta Delta Sorority where she was involved in Campus Carnival, proudly winning Best Actress.

After graduation in 1988, Sue joined her father, Jim, as co-owner, and editor of The Ortonville Independent. Her desire to be a go-getter and planner lead her to become a successful businesswoman. As an editor of a newspaper, she loved to be the first person to report on a story. Curiosity ran through her blood. Always in the know, she wrote many great articles which took time and hard work. During her early years as an entrepreneur, Sue became a longtime member of the Big Stone Lake Area Chamber of Commerce where she enjoyed planning local events, especially CornFest and Big Stone Lake Days.

During her college years she met her husband, Philip Charles Blake of Minneapolis, at a Bruce Hornsby concert. The two married in August of 1993 having 24 years in union. In the following years Sue and Phil were blessed with two children, son Riley Joseph born in 1995, and daughter Clarissa Rose born in 1999.

Sue enjoyed watching her children play sports as well as watching them grow as adults. She was extremely proud to have watched Clarissa graduate from high school and Riley from college. Sue was a great teacher and role model for her children and loved ones. Motorcycle rides, convertible rides, and spending time at Paradise Village with family and friends are a few of her other enjoyments. Optimistic, warm-hearted, fun-loving, and a friend to everyone created her special character.

Despite of all the health problems Sue had throughout her life, she never let it define who she was as a person. Her positive mind-set and happy spirit was radiant to everyone around her, allowing her to get through any tough situation. When asked how she could remain so bright even on the darkest of days, she would always respond with a smile, “the Lord is always shining through us”.

Proceeding Sue in passing was her dad Jim Kaercher, and grandparents Lem and Ruby Kaercher.