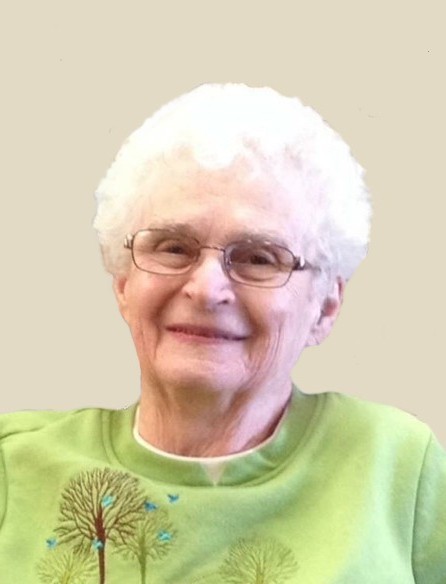 Services will be held on Tuesday, February 16, at 10:30 a.m. at Abiding Faith Lutheran Church in Ortonville. Visitation will be one hour prior to the services at the church. Rev. Richard Larson will be officiating and burial will be at Eidskog Cemetery.

Suzanne Dawson Nelson was born on December 25, 1928, in Ortonville, Minnesota to Dr. Donald and Helen (Tilly) Dawson. She graduated from Ortonville High School in 1947. She attended business school in Sheboygan, Wisconsin for nine months of secretarial training and then returned to Ortonville. On February 23, 1957, Suzanne was united in marriage with Henry Nelson. They made their home on their farm and were blessed with ten children. Although primarily a mother and homemaker, Suzanne did work for her father at the Orpheum Theater, Liebe Drugstore, the Big Stone Canning Factory, and as a cook at the Ortonville Hospital and later at Northridge Residence.

Suzanne was a member of Eidskog Lutheran Church and later Abiding Faith Lutheran Church. She taught Sunday School and participated in Ladies Aide. She was also a 4H Leader and was a member of a bridge club. In her free time, Suzanne loved reading, especially murder mysteries, which she also enjoyed watching on TV. She gardened and then canned her harvest. Suzanne knit baby blankets for all of her grandchildren and great-grandchildren. She also knit sweaters and quilted for church missions. Most of all Suzanne loved spending time with her family, cherishing each moment spent with her husband of 58 years, children, grandchildren, and great-grandchildren.

She was preceded in death by her parents; sister, Rosemary Meyers; brother, Donald "Bud" Dawson, Jr.; and granddaughter, Catherine Lossen.