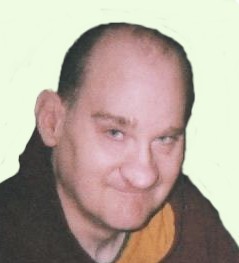 The urn bearer will be Todd Sandberg. Honorary bearers include the staff of MSOCS, Heartland Industries, and Laura Laub.

Stephen John Sandberg was born on June 23, 1969, in Ortonville, MN, to Richard and Gloria (Schnaser) Sandberg. He attended school through the eighth grade. For the past 16 years, Stephen resided in Moorhead at MSOCS group home and worked at Heartland Industries. The staff and job coaches treated him like family and meant the world to Stephen.

Stephen enjoyed fishing from the pontoon and driving around looking for deer, especially big bucks, with his dad. He loved music, especially Elton John, Alabama, and John Schneider. Stephen liked to watch the Dukes of Hazard and Spiderman, enjoyed family pictures, and could always be seen with a can of Coke. Most of all, Stephen enjoyed being around and joking with people.

Stephen's family would like to give a big thank you to the MSOCS group home and Heartland Industries for making his home life and workplace meaningful to him.