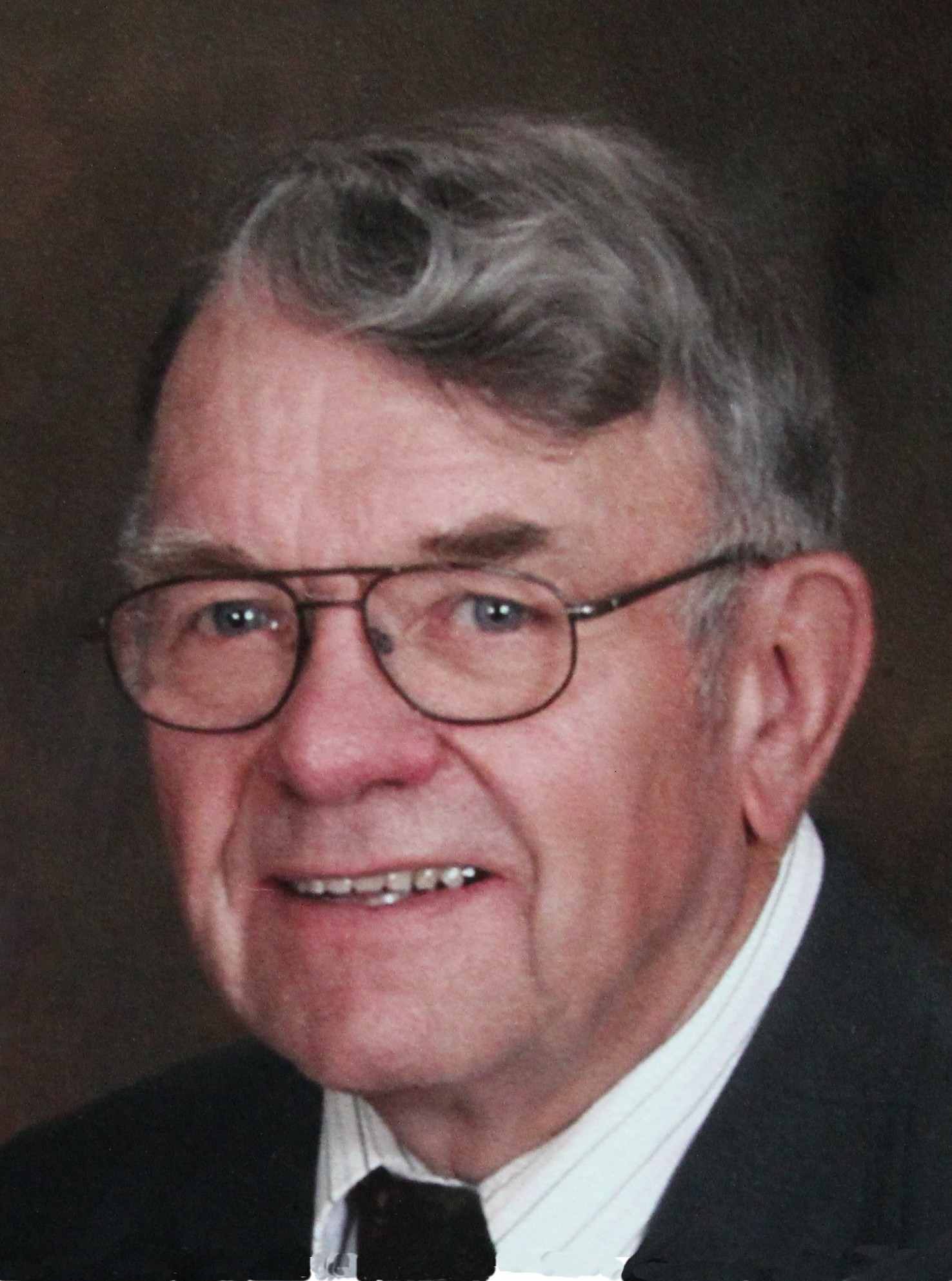 Funeral services will be held Saturday, April 29, at 10:30 a.m. at First United Methodist Church in Ortonville. Visitation will be Friday, April 28, from 5:00 – 7:00 p.m. at Mundwiler and Larson Funeral Home in Ortonville, and will continue one hour prior to the service at the church. Burial will be in the Swedish Mission Cemetery.

Stanley David Lindholm was born on December 13, 1929 on the family farm in Prior Township, Big Stone County, Minnesota to David and Helen (Johnson) Lindholm. He attended Ortonville High School and graduated in 1947.

On June 8, 1953 Stan was united in marriage with Marjorie Lou Peterson, a young teacher in the Ortonville school. They were blessed with 3 sons Dan, Jim and Roger. They also provided a home to foster sons Jerry, Joey and Orin, each for several years. There were many other foster children who came for short-term stays.

Living on the farm in Ortonville his entire life, Stan initially worked with his father and later took over the wheat, corn and Angus beef operation. Known as a talented mechanic, welder, and carpenter, he believed that "a guy could do just about anything if he put his mind to it." Guests to the home would often accompany Stan to watch evening chores while he fed the steers from the Harvestore silos with his automated auger and conveyor systems.

Drafted into the army in the summer of 1953, Stan served January 1954-1955 in Poitiers, France, where Marge joined him on base. While there and touring Paris they developed a love for travel that took them many places around the world, including work missions to Honduras, Kenya, Russia and Peru, during each of which Stan helped with building projects.

Over the decades, connection with the Peterson and Lindholm siblings, nieces, and nephews was a priority. Many holiday and weekend gatherings were shared, which created deep ties in the next generation as well. Stan, with brothers Paul and Loren, would bond taking afternoon naps on the floor.

In 1963 Stan and Marge purchased a small cabin on Big Stone Lake. In 1976-77 Stan built a 2-story addition to the cabin and then a large deck that made a more ideal space for all the gatherings of family and friends that occurred there. Stan would grill the beef and Marge would prepare the rest, switching over to potlucks when large groups would come (sometimes 80 or more on the 4th of July). He loved boating and fishing, and taught well over 100 people how to water-ski.

Stan's faith was central to his life. As a member of First United Methodist Church, he loved to participate in adult discussions, serve as lay leader, sing in the choir and play volleyball at the weekly summer potlucks at the church park on the lake. He also was active in Lay Witness Missions and deepened his faith and friendships in couples groups, such as the ecumenical "Living Room Dialogue." Winter snowmobiling trips with many of these same friends helped deepen the community of faith they shared.

Lingering disabilities from a car accident and years of wear on the body from hard work left him unable to farm at the age of 79. He quipped that "the man and the machines wore out at the same time..." Despite his physical limitations, he would always perk up and enjoy visits from his grandchildren and great grandchildren.