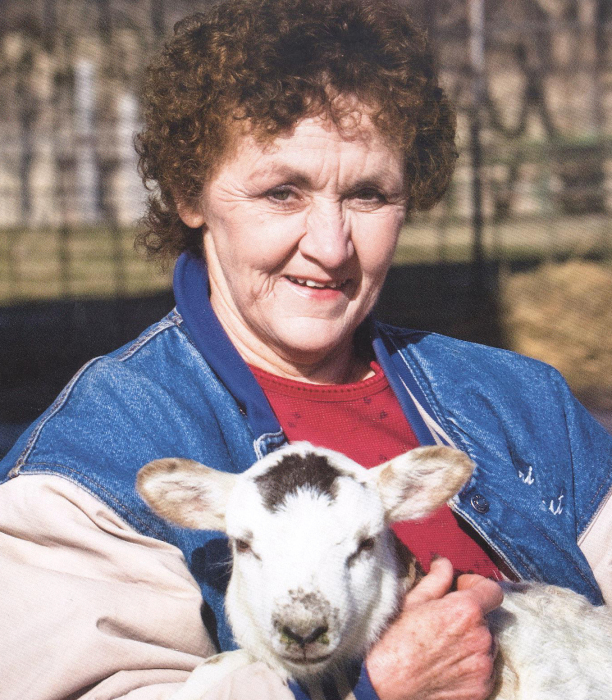 Music will be provided by Tonya Barnhardt, organist and Mark Lindquist, vocalist.

Sharilyn Ann (Sievers) Lindquist was born on July 19, 1945, in Cedar Rapids, IA.  She was the daughter of Lloyd Alton and Verla June (Carroll) Sievers.  She grew up in Mechanicsville, IA; attended school and graduated from Aledo High School in Aledo, IL in 1963.  She attended one year of beauty school in Bettendorf, IA.

She was united in marriage on February 27, 1965, with Kenneth "Bill" Sutton. They were blessed with three children: Kathryn, Kenneth, and Kevin. They lived in Maine for a short time where Bill was stationed at Loring Air Force Base, and Kathryn and Kenneth were born there.  They moved back to Aledo in 1968 and divorced in 1970.  Shari then moved to Ortonville, MN where Kevin was born, and then she moved to Milbank, SD.  She was united in marriage with Charles Lindquist on May 26, 1984 in Ortonville.

Shari worked very hard on the farm.  She started a dog grooming and training business, and successfully operated it for 25 years.  She raised and trained border collies and sheepdogs and competed in sheepdog trials in several states.  She loved square dancing with the Old Mill Twirlers, ceramics, and wood carving.  She had a special love for horses and was a member of the Whetstone Valley Drill Team.  She adored her grandchildren and helped them with dog and horse 4-H projects.  She and Chuck attended their grandchildren’s many school events whenever they were able. Shari was a 4-H Leader with the dog project for 25 years.  She was a bicyclist, completing the The Ride Across Minnesota (TRAM) three times!  She was a faithful member of Zion Lutheran Church in Ortonville, and was active with the church activities.  She also attended Living Hope Assembly of God Church in Ortonville.

From 1988-1989, Shari and Charles hosted a foreign exchange student from South Africa.  They were dedicated foster parents for five years.

Shari and Charles loved to travel.  They were fortunate to visit the United States Air Force Academy while their son, Kevin, attended college there.  They visited every Air Force base where Kevin was stationed during his career in the Air Force.  They also traveled to Alaska, Germany, Austria, the Netherlands, Norway, and South Africa, and were proud to claim they had been to the most northern point of Europe and the most southern point of Africa.

She was preceded in death by her parents: Lloyd and Verla; daughter, Kathryn Wiseman; grandson, Ashley Sutton; and brother, Scott Sievers.