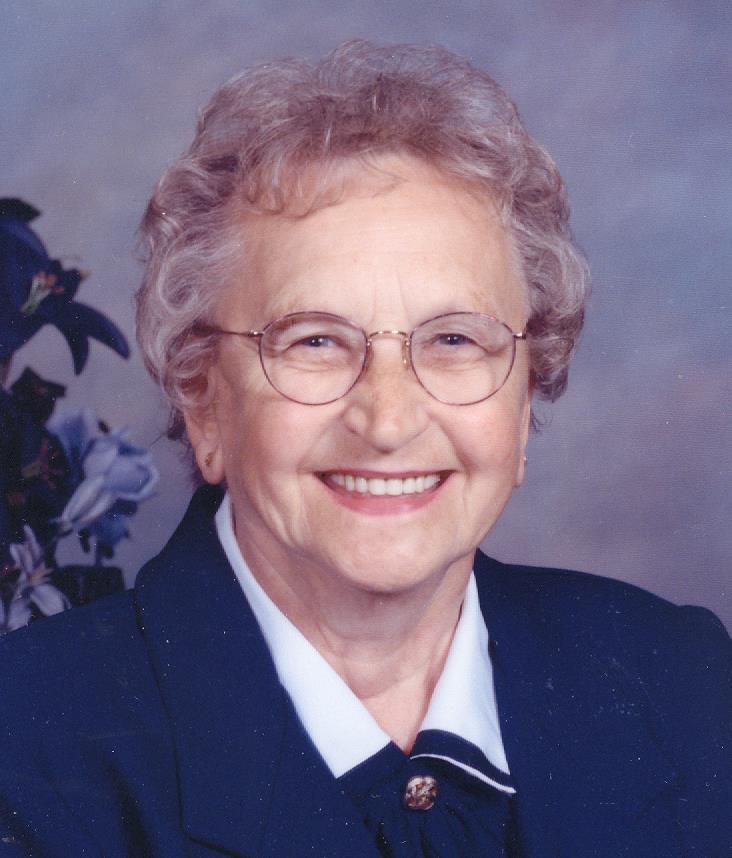 Funeral services will be held on Friday, September 22 at 11:00 a.m. at Trinity Lutheran Church in Ortonville. Rev. Dennis O’Neill will officiate and burial will be in Mound Cemetery. Visitation will be at Mundwiler and Larson Funeral Home on Thursday from 5 - 7 p.m. Visitation will continue at the church on Friday, one hour prior to the service.

Selma attended school at Alban #1, participated in 4-H, helped on the family farm and worked at the Ortonville Hospital as a nurse’s aide where she met the love of her life, Bill Felton. They married on October 28, 1949. To this union, two sets of twins were born: Judy Kay and Janet Ray on August 21, 1950, and Dean Boyd and Don Lloyd on May 2, 1952.

During her very busy child-raising years, she found time to be a Cub Scout Den Mother, a Vacation Bible School teacher, attended many athletic events and baked many cookies, cakes, and brownies. Bill and Selma built a cabin on Big Stone Lake and enjoyed many fun years of fishing, boating and entertaining family and friends.

In 1968, Selma was hired as the first woman manager of Super D Store and Gibsons (also known as Pamida). She retired in 1975. After that, she enjoyed seasonal work at Jurgie’s Hardware and Lou’s Greenhouse.

During her lifetime, Selma volunteered for many organizations: Red Cross Blood Drive, Big Stone Refuge, the Ortonville C & C, and many others. She also enjoyed crocheting, baking, puzzles, card games, coffee with friends and was a Minnesota Twins baseball fan.

Selma’s many years on this earth were filled with much joy, happiness and fond memories.