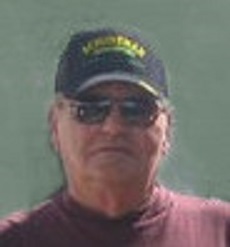 Mass of Christian Burial will be held on Wednesday, October 4 at 11:00 a.m. at St. John’s Catholic Church in Ortonville. Father Brian Oestreich will celebrate the Mass.

Visitation will be held at Mundwiler and Larson Funeral Home (Ortonville) on Tuesday from 5-7 p.m. and continue at the church on Wednesday, one hour prior to the Mass.

Military Honors will be provided by the V.F.W. Big Stone Lake Post #3964.

Robert Roy Walter was born August 8, 1939, in Ortonville, MN. He was the son of Roy Henry Walter and Ruth R. (Renolds) Walter. He graduated from Ortonville High School in 1957. Robert served in the United States Army from 1957 - 1960. He was united in marriage with Lou Clara Peters.

Robert was a life-long resident of the Ortonville area. He was a dairy farmer until 1978. He worked for Morris Rod Weeder until it closed, then grain farmed until his retirement.
Robert was a member of St. John’s Catholic Church and a member of the Moose Lodge. He enjoyed bowling and watching sports. In his younger years, Robert enjoyed deer hunting.
Left to cherish his memory are his sons: Scott Walter of Clear Lake, MN; Steve Walter of Ortonville, MN; and Stacy Walter of Ortonville, MN; one granddaughter, Shawna (Brad) Parsons of Long Prairie, MN; siblings: Alan (Betty) Walter of Lino Lakes, MN; Margaret Solmonson of Mitchell, SD; and Deloris (Gary) Veach of San Luis Obispo, CA.

Robert was preceded in death by his parents: Roy and Ruth; and one brother-in-law, Richard Solmonson.