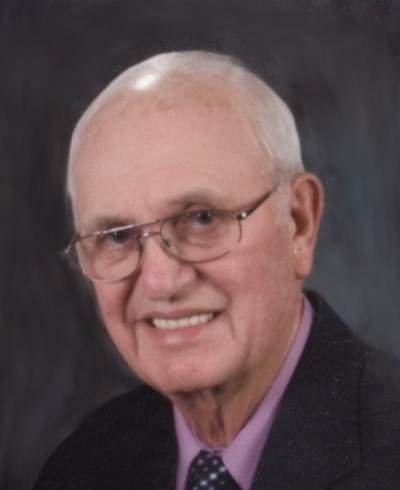 Funeral services will be held on Thursday, November 20, 2014 at 10:30 a.m. at Eidskog Lutheran Church in Ortonville with Rev. John Ragan officiating. Burial will follow in the Eidskog Cemetery. Visitation will be held from 5-7 p.m. on Wednesday at Mundwiler and Larson Funeral Home, with a prayer service at 7 p.m. Visitation will continue for one hour prior to the time of service at the church on Thursday.

Music will be provided by Kathy Haukos and the Weeding Sisters. Casket bearers will be Jacob Danielson Jr., Michael Danielson, J.J. Brethorst, Scot Brethorst, Nick Brandner, and Glen Danielson. Honorary bearers are Rob's grandchildren and all who called him friend.

Robert Allen Danielson was born on March 15, 1934, in Artichoke Township, Big Stone County, MN. Rob was born on the family farm, the fourth child of Andrew and Lillian (Bergman) Danielson. He was baptized and confirmed at Eidskog Lutheran Church. He attended District #42 Country School and then furthered his education, graduating from West Central School of Agriculture in Morris, MN in 1952. Rob was then drafted in the United States Army, serving from 1957-1959 until he was honorably discharged.

On April 4, 1959, Rob was united in marriage to Delores Heins at Trinity Lutheran Church in Johnson, MN. From this union, three children were born. After marriage, Rob and Delores lived and raised their family on the farm where Rob was born. He spent his entire life farming and continued to help his son Craig farm even after retirement. Rob was especially proud of the fact that he still possessed the first tractor he ever bought.

Rob enjoyed spending winters in Texas with Delores for 27 years. While in Texas, Rob took pleasure in shopping for caps to add to his collection. In his younger years, Rob enjoyed dancing with Delores, fishing, and hunting. He loved to collect old tractors, spend time with his coffee friends, talk politics, and play cards. He especially enjoyed playing games with his grandchildren and spending time with his family.

Rob was a member of Eidskog Lutheran Church in Ortonville, the Gertje VanLith American Legion #229, and the Clinton Tractor Club.

Rob died on Saturday, November 15, 2014, at Sanford Health in Sioux Falls, having reached the age of 80.

He was preceded in death by his parents; two brothers: Jacob and Lornell; and brother-in-law, David Malkerson.