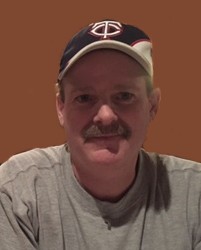 Funeral services will be held Friday, July 31, 2015 at 2:30 P.M. at Mundwiler Funeral Home with Rev. Keith Bicknase of the Emanuel Lutheran Church officiating. Inurnment will be in the Osceola #2 Cemetery in Marvin, South Dakota. Visitation will be held on Thursday, July 30, 2015 from 5:00 P.M. to 7:00 P.M. at Mundwiler Funeral Home. Serving as pallbearers will be Kevin Bunting, Todd Bunting, Randy Melham, Austin Silsby, Tyler Silsby, Dylan Edison, and Zach Edison.

Robbie Lee Edison was born May 3, 1968 in Milbank, South Dakota the son of Thomas Albert and Sandra Lynn (Bunting) Edison. In July of 1969, Rob welcomed his little brother, Michael. The family moved to various places due to Tom being in the United States Army. At the age of six, Rob moved to Upper Beaconsfield, Victoria, Australia with his dad and step-mom, Becky (Natwick) Edison. There Rob helped out with the chores and learned how to swim along with surfing. At the age of eight the family moved to The Dalles, Oregon near the Columbia River. In 1983 Rob moved to Douglas, Wyoming to be with his mother, step-dad, Dan Garner, brother, Mike, and two little sisters, Dawn and Crystal Garner. Rob finished high school in Douglas and worked several jobs in Douglas, including Chinook Pipeline, Degaugh Oil Field Service, and Northwinds of Wyoming. He worked alongside his step-dad and uncle, Todd Bunting. Rob was a hard worker and quick learner. In 1987 he met Kelli Degaugh and they were married in 1992. They moved to Oklahoma where their first child, Chelsea, was born. They would later move to Texas and have two more children, Dylan and the youngest, Zachary. Rob and Kelli divorced in 1999 and he moved to the family farm in Milbank. There he enjoyed welding, riding horses, helping on the farm, four wheeling, being with family, and listening to Grandpa Bunting's war stories and jokes. In 2009 Rob moved to Sioux Falls, South Dakota, where he worked as a welder for a construction company. In 2013 his daughter, Chelsea, gave birth to a girl, Ava Elyse Nova Edison, he had never gotten the chance to meet her, but showered her with gifts. Throughout his life Rob had made many friends, some of his closest were Fred Leinweber, the late Shane Degaugh, and the late Kevin Menter. Rob learned to play guitar at an early age, never knowing how to read musical notes, but played by ear. He could play various songs from all genres, acoustic and electric. He also learned to play the harmonica for his love of the Blues. Rob was a great artist, he loved to draw free hand and write poems. Rob loved the outdoors, camping, fishing, and especially being in the mountains. People remember him for his smile, his blue eyes, and how he could make people laugh. His friends and family have many memories with him. During the last five years of his life, Rob's faith and relationship with God had grown stronger. He attended church regularly, reading scriptures and inspirational books. He will truly be missed by many.