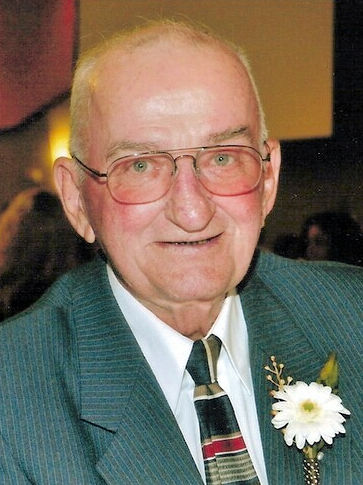 Mass of Christian Burial will be held on Wednesday, October 5, 2022, at 11:00 a.m. at St. Anthony's Catholic Church in Browns Valley, MN. Visitation will be held on Tuesday, October 4, 2022, from 5:00 p.m. to 7:00 p.m. at the church with a prayer service beginning at 7:00 p.m. Visitation will continue one hour prior to the Mass at the church on Wednesday. Fr. John Paul Knopik will celebrate the Mass and interment will be at St. Mary's Cemetery in Beardsley.

The celebration will be livestreamed and recorded and will be viewable at the bottom of this page.

Richard Vincent Piechowski was born on October 12, 1940, in Graceville, MN, to Vincent and Mary (Boyle) Piechowski. He attended country school at District #35 from kindergarten to sixth grade. Dick attended high school in Browns Valley and graduated with the Class of 1958.

On August 10, 1974, Dick was united in marriage with Dolores (Greteman) O’Leary at St. Mary’s Catholic Church in Beardsley, MN. He gained three wonderful children with this union: Colleen, Kevin and Shawn.

Dick farmed all of his life and loved to farm. He always wanted to take over the family farm north of Beardsley, MN, once he graduated high school and that is where they spent most of their married life. Later, he and Dolores moved closer to Beardsley to the farmstead where Dolores grew up. Shortly after the move, Dolores passed away in 2013. Following her passing, Dick made sure the farm buildings were completed as Dolores had envisioned and planned; he accomplished it all.

When Dick wasn’t farming or working hard, he loved attending the annual family Polish picnic with Dolores. He also loved gardening and tended a huge garden with almost every vegetable imaginable. Dick enjoyed having hunters come out to hunt the land and liked entertaining them when they came in from a hunt. He was a big fan of the Minnesota Twins, the Vikings, and the Timberwolves (in that order) and rarely missed watching a game.

Dick was a family man and always talked about his visits and phone calls with his family and friends; keeping in touch with them meant the world to him. He was very supportive of his family and would do anything he could to help them.

Dick is survived by his daughter, Colleen Larson of Fargo, ND, and her children: Kaja (Kory) Kaste and Connor (Alexis) Larson; his son, Kevin (Sandra) O’Leary of Wheaton, MN, and their children: Casey (Andrea) O’Leary and Molly (Craig) Tangen; his son, Shawn (Leah) O’Leary of Wahpeton, ND, and their children: Corey (Trisha) O’Leary and Kellie (Blake) Buck; 17 great-grandchildren and another arriving in November 2022; his sisters: Kitty (Sam) Ocel of Apple Valley, MN; and Beverly Chalupnik of Circle Pines, MN; his sisters-in-law: Janice Piechowski of Raymond, MN; and Darleen (Russ) Geyer of Superior, WI; along with numerous nieces and nephews.

Preceding him in death were his parents; his wife, Dolores; his brothers: Dennis and Pat Piechowski; his father and mother-in-law, Leonard and Irene Greteman; his brother-in law, Charlie Chalupnik; and his sister-in-law, Jackie Piechowski.