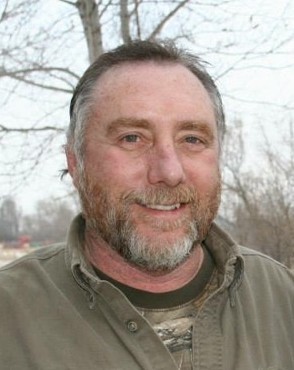 Visitation will be held from 2-4 p.m. Saturday, June 20, at Heritage Funeral Home in Sioux Falls. All are invited to join the family for a prayer service following the visitation at 4:00 p.m.

Richard Armond Minder was born on April 10, 1961, in Watertown, SD, to Armond and Mary (Sweeney) Minder. He was raised on the family farm in rural Wilmot and was baptized and confirmed at St. Mary's Church in Wilmot. Rich attended school in Wilmot, graduating from Wilmot High School with the class of 1979. He then attended NDSCS in Wahpeton, ND, where he graduated with a degree in architectural drafting in 1981. After his schooling, Rich moved to Sioux Falls, SD, and made his home there for the past 32 years.

Rich worked all of his adult life in the construction industry, most recently serving as a Construction Superintendent for Fiegen Construction. Rich served on his local township board for many years.

Rich enjoyed woodworking, playing pool, and motorcycling. He was an active member of a pool league and of "Those Guys" A.B.A.T.E. motorcycle club. He loved the outdoors. Rich was an avid hunter, camper, and enjoyed fishing. He loved his family and enjoyed spending time with them, always remembering each one on their birthday with a phone call. He died doing what he loved, spending time with his friends boating and fishing.

Rich is preceded in death by his mother, Mary Minder; and by an infant nephew, Trevor Carlson.