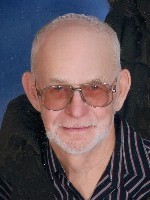 Funeral services will be held on Saturday, May 24, 2014 at 2:00 p.m. at First English Lutheran Church in Ortonville. Rev. David Tonn will officiate.

Burial will be at Mound Cemetery in Ortonville, MN.

Visitation will be at the First English Lutheran Church in Ortonville, MN on Friday, from 5 to 7 p.m. and will continue one hour prior to the funeral at the church.

There will be prayer service at 7 p.m. on Friday at the church.

Military honors will be presented by the American Legion, Gertje-VanLith Post #229.

Richard Dale Janke was born on May 27, 1936, in Benson, Minnesota to parents Harold and Lorene (Suckow) Janke. He was baptized and confirmed
in the Lutheran faith at St. John's Lutheran Church in Moyer Township, rural Holloway, Minnesota.

Richard grew up on the family farm. He attended country school for one year and then attended public school in Holloway. His high school years were spent at the West Central School of Agriculture in Morris, Minnesota and he graduated with the class of 1954.

After graduation, Dick farmed and drove livestock truck to South Saint Paul. He then found his lifelong love of carpentry and worked for various contractors, building houses in the Holloway and Appleton area. In 1980-1981, he helped build the DAC building in Worthington, Minnesota. From 1982 to 2001 he worked for Cold Spring Granite Company at the quarries in rural Milbank, South Dakota. After his retirement he returned to doing carpentry work, up to the onset of his illness.

Richard loved spending time with family, carpentry, tinkering in his shop, visiting with friends at coffee, and was always ready to help others. He enjoyed going to high school basketball games, both boys and girls events. He was an avid fan of both the Minnesota Twins and the Vikings. He enjoyed fishing and hunting.

Dick died May 21, 2014, at Ortonville Area Health Services, having reached the age of 77. His cheerful and helping demeanor will be greatly missed.