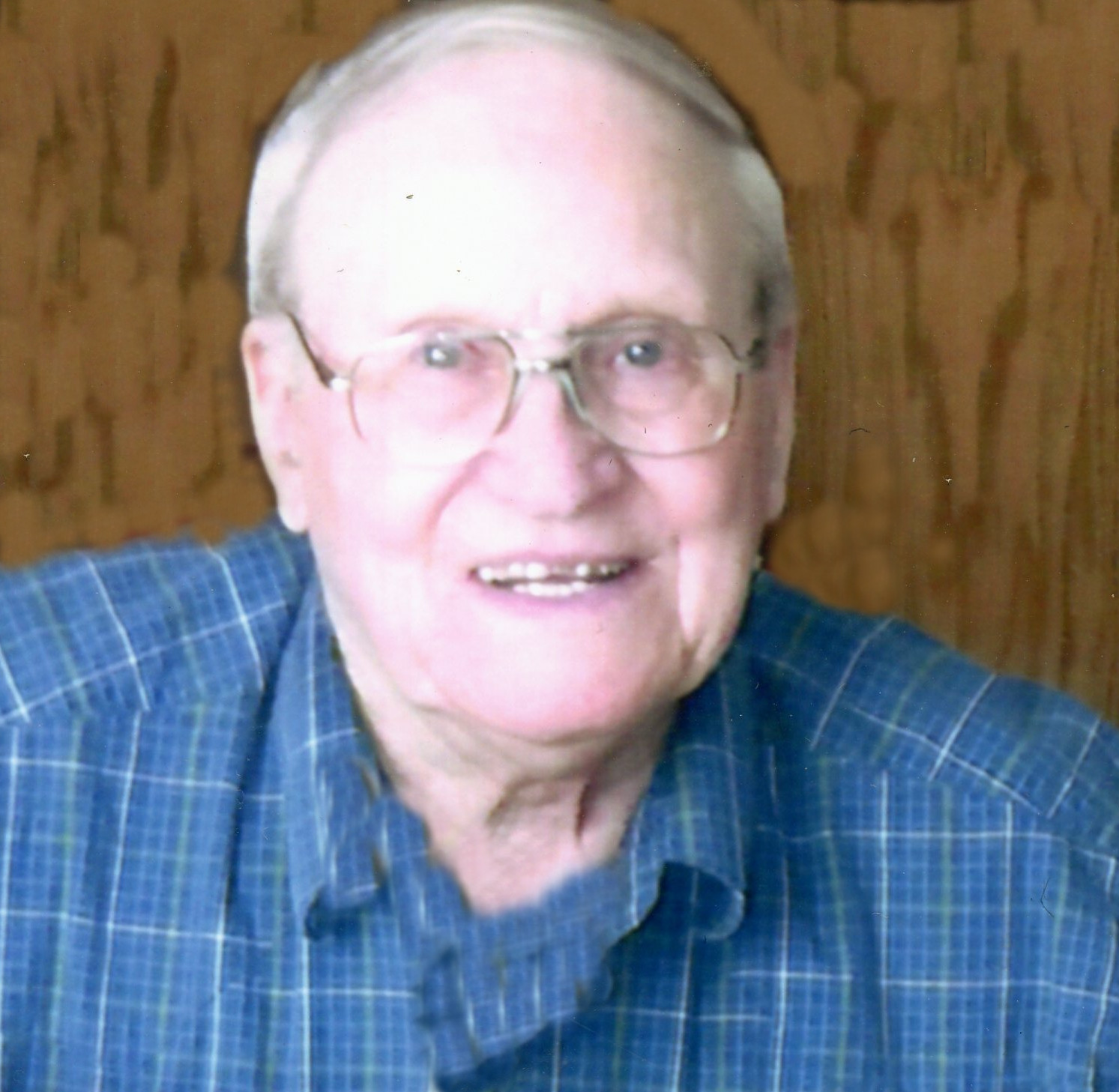 Visitation will be at St. Mary's Catholic Church on Friday, January 6, beginning at 5 p.m. followed by a prayer vigil at 7 p.m. Visitation will continue at the church on Saturday, one hour prior to the Mass.

Richard Thomas Heck was born on November 15, 1924, to John and Anna (Ehrnst) Heck. He was born at the family's farm located about two miles west of Barry, MN. He described himself as a "three dollar baby" as the doctor charged his family $3.00, including mileage, for the home delivery.

Richard worked with his family on the farm and attended grade school in Barry and finished high school in Graceville, graduating with the Class of 1943.

Richard received his draft notice after graduating from high school. On June 17, 1944, a tornado ripped a swath across northern Big Stone County. The Heck farm suffered severe damage. Richard was granted a deferment to help with repairs on the farm.

Richard reported to Ft. Snelling, MN and was inducted into the United States Army on November 29, 1944. He was proud and had the thrill of a life time to have been the driver in a Purple Heart ticker tape parade down Fifth Avenue in New York City. Richard was sent to the South Pacific. He was stationed in Saipan and later was sent to Guam where he was assigned to the 204th General Hospital. Richard was honorably discharged on November 4, 1946, at Fort Sheridan, IL and returned to the family farm.

Richard was united in marriage with Beverly Howard on October 19, 1954, at St. Anthony's Catholic Church in Browns Valley, MN. They farmed together for many years. They were blessed with four children: Gerald, Marian, Henry, and Alice -who died one day after her birth.

Beverly died on December 23, 2001. Richard remained on the farm until an accident in 2009 forced his rehabilitation at the care center.

In April 2012, Richard was proud to take part in the St. Cloud Honor Flight. An Honor Flight is conducted by non-profit organizations dedicated to transporting as many United States military veterans as possible to see the memorials of the respective war(s) they fought in Washington, D.C. at no cost to the veterans. These organizations are focused on bringing veterans of World War II to the National World War II Memorial, and any veteran with a terminal illness to see the memorial of the war they fought in.

Richard also enjoyed gardening and visiting with friends and neighbors. He especially enjoyed his granddaughter Jenna's dog, Pookie, "Pookie always made me smile." Pookie was at Richard's side as he peacefully took his last breath on Saturday, December 31. 2016.

Richard was preceded in death by his parents; his wife; one son Henry; one infant daughter, Alice; one granddaughter, Jenna; four brothers: Joe, Bart, Jack, Tom; and one sister, Theresa.