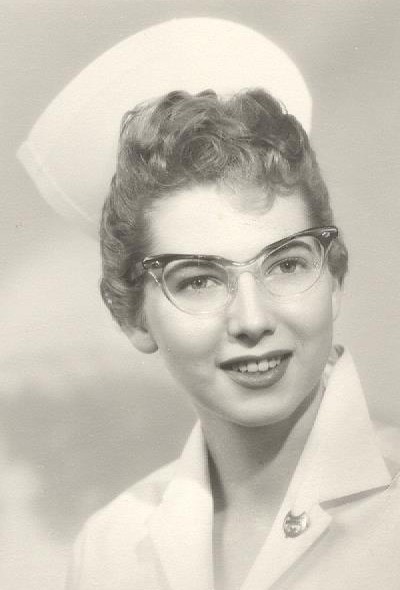 Mass of Christian Burial will be held on Monday, April 24, at 11 a.m. at St. Mary's Catholic Church in Beardsley, with Fr. David Breu as celebrant.

Visitation will be held one hour prior to Mass. Burial will be at St. Mary's Catholic Cemetery.

Rhonda Marie Meyer was born to Carl and Hazel (Nelson) Meyer on June 13, 1935, in Beardsley, Minnesota. Rhonda was baptized and confirmed at St. Mary's Church in Beardsley, and attended 12 years of school there, excelling academically. After graduating high school in 1953, Rhonda went to nursing school in Rochester, Minnesota, and graduated as a Registered Nurse in 1956. She worked as a nurse at St. Mary's Hospital in Rochester for two years, and then joined the staff at the University of Minnesota in Minneapolis. Rhonda had an exceptionally proficient career in nursing and it defined her life. Her intelligence, skill, and compassion helped physicians, patients, and families deal with crisis situations and adjust to their ongoing needs. Following years of private duty nursing she became a leader in establishing kidney dialysis management in the Twin Cities area until she retired. Rhonda was instrumental in implementing dialysis for infants and children, which included touring Europe to share that expertise with other doctors and hospitals.

Rhonda was crazy about animals and was rarely without a pet of some sorts, the last being a bird! She also cherished spending time with friends and visiting. Rhonda especially loved her cousin's children and they returned that love to her as well. Rhonda spent her last years with her new family at Clinton Care Center where she died peacefully in their loving care on Sunday morning, April 2, 2017.

Rhonda was preceded in death by her parents, grandparents, all of her aunts and uncles, and cousins: Joan (Frey) Eastman, John Burditt, Robert Haines, Linda Nelson, and Mary Sue (Canfield) Pierce.

In lieu of flowers, her family requests that donations be made to the animal shelter of your choice.