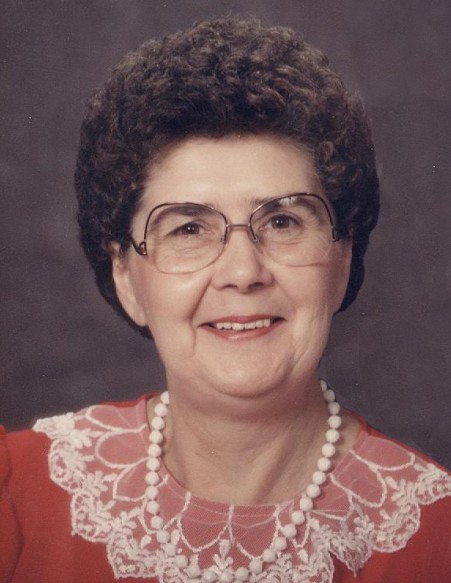 Phyllis A. Thompson, age 87, of Benson, MN, died on March 11, 2018, at Meadow Lane Nursing Home in Benson. Funeral services will be held on Saturday, March 17, 2018, at 2:00 p.m. at First English Lutheran Church in Ortonville. Rev. David Tonn will officiate and burial will be at Mound Cemetery. Visitation will be held at the church, one hour prior to the funeral service.

Phyllis Ann Thompson, daughter of Donald and Rachel Wellendorf Sr., was born on September 15, 1930, in Ortonville, MN. She was baptized, confirmed, and married at Eidskog Lutheran Church in rural Ortonville. On November 22, 1952, Phyllis was united in marriage to Magnus Thompson. They operated, lived and raised their three children, Neal, Terry, and Sherri, on the Thompson family farm until 1970. They moved to the town of Ortonville in the fall of 1970. Phyllis remained living in Ortonville until she moved to Golden Living Centers in Benson in September, 2014.

While living on the family farm, Phyllis was active at Eidskog Lutheran Church and served on the Ladies Aid, Circle, and taught both Sunday School and Bible School. After moving into Ortonville, she was a member of First English Lutheran Church where she served on the Altar Guild and assisted in quilt making for Day of Love. Phyllis was also active in 4-H and served as a 4-H leader.

Phyllis took pride in keeping their farm and garden well maintained. She was an avid cook and baker. Her children looked forward to coming home from school for fresh baked bread, sweet rolls, pies, cakes, cookies, and lefse.

She was preceded in death by her husband, Magnus; parents: Donald and Rachel Wellendorf; brother, Erwin (Bud) Wellendorf; and sister, Darlene Salverson.