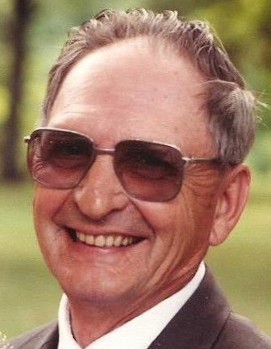 Funeral Services will be held on Saturday, April 28, at 1:30 p.m. at Trinity Lutheran Church in Odessa.  Pastor Thaine Kister will officiate.  Burial will be in the Trinity Lutheran Cemetery.  Visitation will be held on Friday, April 27, at Mundwiler and Larson Funeral Home from 5 -7 p.m. Visitation will continue on Saturday, one hour prior to the service at the church.

Orville Youatt Sherod was born on September 12, 1922, in Ortonville, Minnesota, the son of Morris & Bertha (Danielson) Sherod. Orville attended grade school through the eighth grade. He married Lois Elaine Hanson on October 12, 1947, at Eidskog Lutheran Church. They were blessed with eight children. They made their home and raised their children in rural Ortonville.  Orville and Lois moved to Odessa in 1966 and remained there until 2015.

Orville grew up on the farm and farmed in earlier years of marriage. He was also employed by Big Stone Cheese Factory and worked as a boiler repairman and maintenance worker. Orville was a member of Trinity Lutheran Church in Odessa.  He enjoyed fishing when he had time, hunting, and growing a beautiful garden every year. Orville was known for his delicious home grown tomatoes and green beans. Family was important to Orville, he especially loved spending time with his grandchildren and was very proud of them!