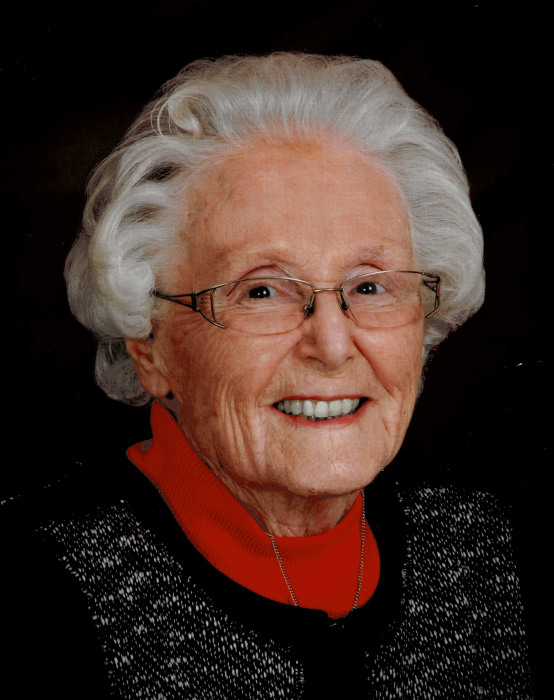 
Funeral services will be held on Saturday, January 19, 2019, at the Ortonville United Methodist Church at 10:30 a.m. with Pastor Melanie Reiners officiating. Visitation will be held on Friday, January 18, 2019, from 4:00 to 6:00 p.m. at Fairway View Senior Community Orpheum.

Opal was born in Ortonville on August 30, 1924, to Fred and Myrtle Griffith. She graduated from Ortonville High School. In 1947, she received an Elementary Education Certificate and began her teaching career in one-room schools. Eighteen years later, after raising her own children, Opal returned to school and earned her Bachelor of Science in Elementary Education from the University of Minnesota, Morris, followed by certification as a special education teacher.

Opal was married to Curtiss Dodds Olson on August 22, 1948. They were married for 70 years.

Opal taught at Rural Districts 12, 10, and 63. She was a special education teacher in the Chokio/Alberta School District for 23 years, retiring in 1989.

Opal was named Teacher of the Year three times throughout her career. She was an active, involved member of the Methodist Church and United Methodist Women. She was an early board member of Main Street Industries and on the founding board of Monarch Heights. Opal was also a member of the Eastern Star and Red Hat Ladies. After her retirement, she volunteered as a reading teacher at Clinton-Graceville-Beardsley Schools and also spent many days reading to nursing home residents, quitting the job only after a stroke rendered her speech difficult to follow. Despite family telling her repeatedly that many decent people start to ease into retirement in their mid-nineties, she worked relentlessly at any task she was capable of undertaking for as long as she could.

Opal loved to read and garden, but her lifelong passion was education. She was fiercely devoted to helping young people and had an open heart (and open
pocketbook) for the last and the least, driving her husband to distraction with the numerous charities she wished to support. Her personal Bible had a number of
marked passages, but none so prominent as this verse from Amos 5:24: "I want to see a mighty flood of justice - a torrent of doing good."

Opal had a warm heart, a sunny smile, and mischievous eyes that drew people to her the way flowers follow the sun. She gave away books for Halloween
and loved champagne at Christmas. She mentored several generations of young people, and her list of friends was nearly infinite, limited only by the number of people she had yet to meet. She managed remarkably to mother and grandmother family on two continents, bravely traveling alone to France when needed.

Opal was preceded in death by her parents; brothers, George, Marvin, and Arvin; and sister, Verna Englund.

The family of Opal Olson wishes to thank the staff at Fairway View who were universally warm, loving, and thoughtful. In addition, they would like to thank family and friends who visited or sent flowers or cards. Every contact was a great comfort to Opal and her family.