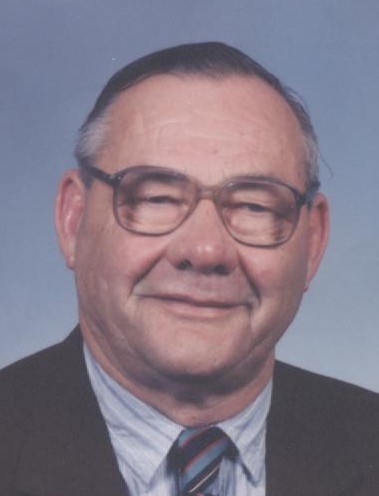 Norman Schultz, age 81, of Clinton, died on Wednesday, May 13, 2015, at Northridge Residence in Ortonville.

Funeral services will be held on Monday, May 18, 2015, at 11:00 a.m. at Trinity Lutheran Church in Ortonville with Rev. Dennis O'Neill officiating. Visitation will be held from 5-7 p.m. Sunday, May 17, at Mundwiler Funeral Home in Milbank with a prayer service at 7 p.m. Visitation will continue for one hour prior to the time of service at the church on Monday. Burial will be in Garfield Lutheran Cemetery.

Norman Leroy Schultz was born on July 5, 1933, to Herman and Lydia (Frerichs) Schultz in Roberts County, South Dakota. He was baptized and confirmed in the Lutheran faith. Norman attended Garfield country school before attending Wilmot High School through the tenth grade. He then began farming with his father until he entered the United States Army in 1954. After his honorable discharge in 1956, Norman returned home and was united in marriage with Verna Block on July 9, 1956. To this union, seven children were born.

After marriage, Norman continued farming the family farm until 1968, when he purchased his own farm near Wilmot. Norman and Verna farmed together for many years before purchasing the Anchor Motel in Ortonville in the Fall of 1975. They owned and operated the motel until their retirement in 2011, when they moved to Clinton.

Norman enjoyed watching sports, especially the Minnesota Vikings and Twins, attending rummage sales with Verna, socializing and drinking coffee with friends, keeping up with news, and going out to eat with his family. In his younger years, Norman enjoyed taking his sons pheasant hunting and fishing. A proud father, he also enjoyed supporting and attending his children's school activities. Most important to Norman was his faith and the love of his family.

Norman was a member of Trinity Lutheran Church in Ortonville, where he enjoyed helping count money and ushering.