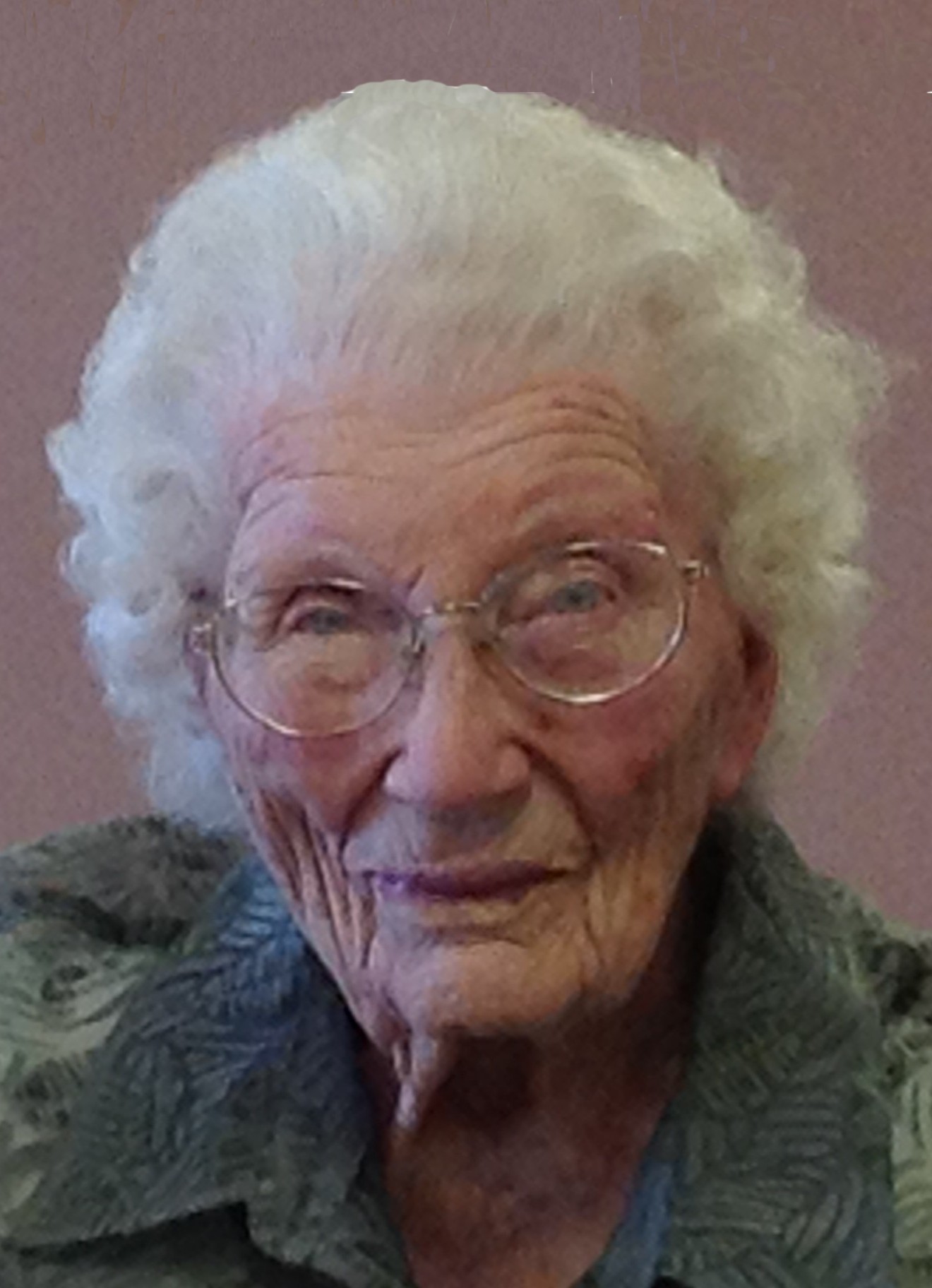 Funeral services will be Friday, October 10, 2014, at 2 p.m. at the Zion Lutheran Church in Browns Valley with Rev. Paul Warnier officiating. Burial will be in the Valley View Cemetery. Visitation will be from 5-7 p.m. on Thursday evening at the Mundwiler & Larson Funeral Home in Browns Valley, with a prayer service at 7 p.m.

Myrtle Miriam Medbery was born at home on September 16, 1914, in Parnell Township, near Graceville, Minnesota, the first of six children born to Herman and Esther (Stomberg) Nylander. She was baptized and confirmed at Siloah Lutheran Church in Parnell and later became a lifelong member of Zion Lutheran Church in Browns Valley. She attended school at District #7 in Parnell through eighth grade, then went on to Wheaton High School, where she played guard for the girls' basketball team and studied "commercial" (chiefly bookkeeping) for an extra year. Some of her basketball rivals on the Browns Valley team later became good friends.
After graduation, she became bookkeeper in 1932 for the Land O' Lakes Creamery in Browns Valley, under the management of George Ohland. Because of her wavy red hair, she also acquired the nickname Bricky. On October 6, 1940, she married Wendell Medbery and began a new life on the family farm, where they raised five children: Julie, Lon, twins Jan and Alan, and Dana.

Following a stroke in 2009, Miriam was a resident of the Browns Valley Health Center, which became her second home. She cherished her friendships and relationships with fellow residents and staff, and deeply appreciated the loving and professional care she received. Pastor Warnier's worship services and personal visits were an important part of her life there. She could not have been in a better place.
Miriam delighted in her family, foremost, but had a gift for loving all children and young people, nurturing them with patience and kindness. She also treasured her friends and neighbors and was a proud and active member of the Jolly Homemakers Extension Club, who stayed together for more than 30 years. Her trademark, however, was in making people feel welcome and included, wherever she was. Always putting others before herself, she made everyone feel special--to her, they truly were. Famous as she was for her homemade bread and for her hospitality and grace, she will always be remembered for her kindness and her smile.

She was preceded in death by her parents; husband; son and daughter-in-law, Alan and Nadine Medbery; sister, Genevieve Jones; and brothers: Vinard Nylander; LeMoyne Nylander.