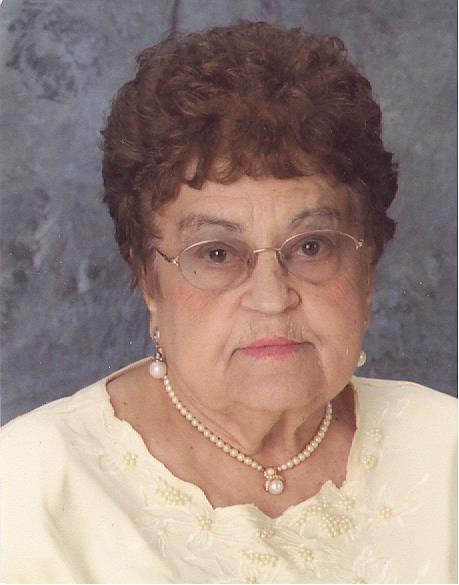 Funeral services will be held on Friday, June 9, at 10:30 a.m. at Trinity Lutheran Church in Clinton. Rev. Bev McNeill will officiate, and burial will be in the Clinton Cemetery. Visitation will be held at the church on Friday, one hour prior to the service. Music will be provided by Bonnie Stotesbery, organist, and Pam Chase, vocalist. Casket bearers will be: Todd Dybdahl, Terry Dybdahl, Brian Roggenbuck, Rick Schiller, Ken Anderson, and Gene Anderson.

Mildred Carolyn (Peterson) Dybdahl was born August 5, 1923, in Clay County near Centerville, SD. She was the daughter of Oscar and Addie (Frinkman) Peterson. She was baptized at the Methodist Church in Centerville and confirmed at Bethany Lutheran Church in rural Clinton.

Millie attended six years of rural grade school and six years in the Centerville Public School, where she graduated with the Class of 1941.

Millie was united in marriage with Arthur Dybdahl on February 19, 1942, at Scandia Lutheran Church in Centerville. To this union, three children were born in South Dakota: Gary, Joanne, and Sandra.
Millie and Arthur farmed in South Dakota for ten years before moving to a farm near Clinton, MN in 1952. She helped on the farm for many years. She also worked different jobs and worked for the City of Ortonville for 34 years before retiring.

Millie lived in an apartment in Clinton for many years. She moved Golden Horizons Assisted Living in Aitkin, MN on her 90th birthday, to be near her daughter, Sandy. From Golden Horizons, Millie moved briefly to Aicota Health Care Center in Aitkin, where she spent the last few weeks of her life.

Millie treasured her family and many friends. Her faith and church were very important to her. She enjoyed crossword puzzles, bingo, cards, and watching sports and game shows on television. In her younger years, she loved dancing and ballroom music. Millie brought joy to everyone who knew her. Her family feels blessed to have had her in their lives for many years. She will be greatly missed.