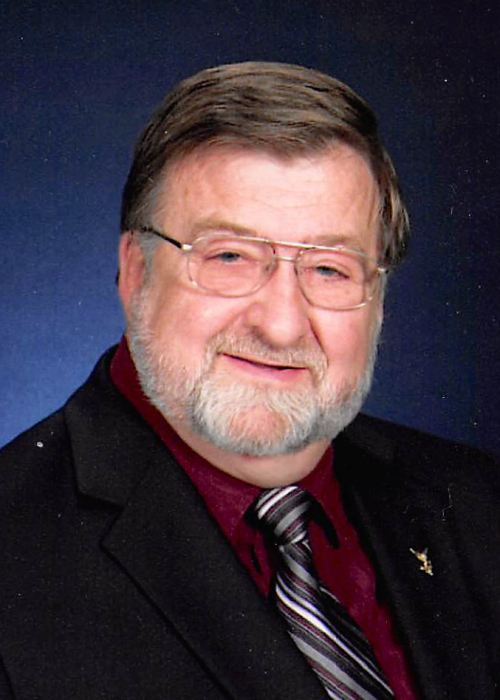 Melvin Bert Reinke was born on November 20, 1943, to John H. “Herman” and Esther (Johnson) Reinke at their home in Ortonville, MN. He spent most of his life in Ortonville except for when he was a resident of Ah-Gwah-Ching Sanatorium for Consumptives near Walker, MN, for a year around 1955. As a young boy, this was a frightening experience for Mel. It also contributed to his dislike for rice and split pea soup. A kindly janitor gave him a radio and got him tuned into Chicago Cubs baseball games. Mel was a Cubs fan for life and he certainly cheered when they won the World Series in 2016. Over the years, Mel became a Kansas City Chiefs fan and was able to celebrate their Super Bowl win in 2020.

Mel graduated with the class of 1961 from Ortonville High School. His further education was an art class he took through correspondence. Mel was unable to participate in school sports due to Tuberculosis until his senior year. Once he got the green light, he played football, Jaycee basketball, and Men’s League fast-pitch softball. Mel was inducted into the Big Stone Fast-Pitch Hall of Fame in 2010 along with Martin Skillman. He also enjoyed bowling, golf, shooting pool, and fishing.

Mel met his future wife, Betty Iverson, while coaching the Big Stone Women’s Fast-Pitch Softball team in 1970. They were engaged in 1971 and were united in marriage on May 20, 1972, at First United Methodist Church in Ortonville. The couple made their home renting a house on third street then purchased a home of their own in August of 1973 where they were currently residing. In 1977, they joined the fellowship at Trinity Lutheran Church in Ortonville where Mel served as Chairman of the congregation, shared his artwork, and helped with Vacation Bible School. Following the death of his mother in 1974, Mel’s father, Herman, lived with Mel and Betty until he died in 1984. Mel and Betty’s home was the location of the Reinke family Christmas Eve gatherings for many years.

Following high school graduation, Mel worked as a painter with George Gimmestad. In January of 1973, Mel went out on his own and started his own painting service called Mel’s Painting. He continued this business until a car accident on December 6, 1990, prevented him from continuing to work. Mel had been a part of the Ortonville Ambulance Crew from 1984 to 1991 when he was no longer able to help with transfers. Some rough years followed for Mel until new opportunities presented themselves to him. He went to work part-time for B & L Industries. Mel also worked at Divine House from 2001 to 2012 where he was able to work at the Clinton Men’s Home. His big personality brought cheer and optimism even in difficult situations. The men respected him, and his care and kindness won over any strange rules. Following his experience at Divine House, Mel was employed for a short while at Monarch Heights in Ortonville until his health issues rendered him unable to work.

God gave Mel the gift of faith in Jesus Christ at an early age. He was also given a gift of music that he shared in choir at the Methodist Church and playing guitar with his friends. He enjoyed “old time” Country/Western and Gospel music.

Mel always had a big heart and was approached about the opportunity to be a volunteer Advocate Ombudsman for long-term care residents at Northridge Residence in 1993 by MaryAnn Ulrich. He accepted the opportunity and was to help identify and address the concerns of the residents. He even spent a night or two outside a resident’s room to help ease their anxiety. Mel loved to volunteer when special family events were scheduled at Northridge. As much as he gave of himself for them, he felt more blessed in getting to know each resident and how he could help them. Mel was nominated by Marge Dragseth for the Acts of Kindness: Governor’s Volunteer Award in 1997. He won the award and was recognized at the Minnesota State Fair for his work through the ombudsman program. Mel spent over 21 years with the ombudsman program and was sad when his last act in this capacity was helping residents with the move to Fairway View Neighborhoods in 2016. He continued to call bingo numbers at Fairway View as it was something he enjoyed doing at Northridge. He would leave the house with his bag of change and a few jokes or stories to tell the residents. Residents would often forego visits from other friends or family just to play bingo or visit with Mel.

Mel served on the Ortonville City Council for approximately 17 years. He was appointed in 1994 and served until 2005. Mel was appointed for another term in 2010 and served until 2016. He cared deeply for Ortonville and its residents. To serve in this capacity was an honor and great learning experience for Mel. A couple major events during his tenure were the Water Plant Project and working with the EDA board on the Fairway View Project.

The spring of 1997 brought major flooding to Ortonville and Big Stone County. During this time, Mel got involved with the Salvation Army under the direction of Bud Knippen. When Bud’s health declined, Mel took the reins. Mel served with the Salvation Army for almost 20 years. He later turned his responsibilities over to Rusty Dimberg. Mel continued for a couple more years as coordinator for the Salvation Army Kettle Campaign. He was always overwhelmed with by the positive response he got when he asked for holiday bell ringers.

Mel served as Co-chair of Ortonville Corn Festival and was given the honor of being chosen as Grand Marshal in 2012. He was a Rice Hospice volunteer, was a member of the Ortonville Lions Club, and helped as a member of the “Let’s Go Fishing” (now known as “Big Stone Fish & Ride”) group. Mel, along with Linda Krogsrud, were instrumental in getting the Big Stone County Support Group up and running in 2004.

Mel was a lifetime coach. Whether it was softball, bowling, pool, golf, little league baseball, basketball, or art, he wanted to encourage young and old alike to improve their skills and appreciate the time and effort to do so. He would always claim he taught Betty all she knew about bowling, softball, and golf. Mel enjoyed the years he was a time for Track and Field events. He loved being at school with “Lunch Buddies”, judging Mr. Kirkeby’s fourth grade science fair, and judging FCCLA members on their projects. Most recently, Mel was a Para-professional until it became too hard on his knees walking up and down the halls.

Mel enjoyed collecting and sorting out baseball and football cards to share, playing cards with friends, and entertaining children. Many family and friends have received some of his cartoon pictures or cards. He enjoyed jig saw puzzles, going to the movies, and traveling with Betty and their friends. Mel also enjoyed grilling chicken, got to love the air-fryer, as well as making soups and his infamous casserole. He loved a quiet night at home: He in his recliner with the remote and Betty either reading her books or baking in the kitchen.

“I did not say goodbye, my last conversation with him. I said, ‘Goodnight. I love you. God bless.’ He is singing with Jesus. Yes, he will be missed, but we shared a blessed life.”  - Betty