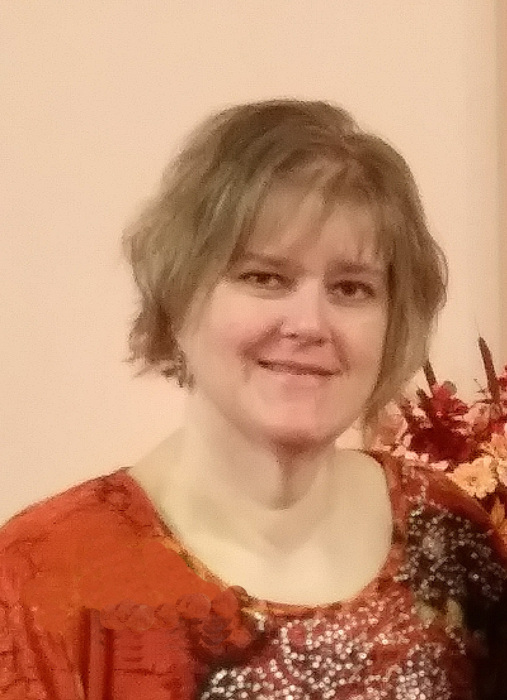 Melissa Benson, age 47, formerly of Marietta, MN, passed away peacefully in her sleep and was called home on June 25, 2021.

A memorial service will be held on Friday, July 2, 2021, at 2:00 p.m. at Abiding Faith Free Lutheran Church in Ortonville. Visitation will be held one hour prior to the service at the church. Burial will be at Augusta Cemetery in Marietta, MN.

Melissa Rae Benson was born December 23, 1973, to Harlan and Arlyce (Pederson) Benson in Dawson, MN. She was baptized and confirmed into the Lutheran faith. She attended elementary and some high school in Marietta and graduated in 1992 from Lac qui Parle Valley High School. During high school, Melissa worked as a part-time radio announcer for KLQP-FM radio in Madison, MN. She was a 12-year 4-H member of the Gary Town and Country 4-H Club in Gary, SD. During her time in 4-H, she earned many trips to the state fair, as well as many trophies, plaques, and ribbons. She attended Citizenship Washington Focus and National 4-H Conference in Chevy Chase, MD, as well as National 4-H Congress in Chicago, IL. After high school, Melissa attended Northern State University in Aberdeen, SD. She also worked at Prairie Five in Madison, MN.

Melissa started attending Sister Rosalind School of Massage in Rochester, MN. After graduating, she became a Licensed Massage Therapist and was self-employed in Sioux Falls, SD. Melissa was very excited to start her own business. She owned and operated Golden Touch Therapeutic Massage in Sioux Falls.

In life, Melissa enjoyed spending time with her nieces and nephew, attending their many events of 4-H, sports, high school graduations, as well as college graduations. Melissa was also very honored to be Godmother to her nieces, MacKenzie and Lily as well as her cousin, Sheyenne Benson.

Melissa was a member of St. John’s Lutheran Church in Marietta, MN, and the Marietta American Legion Auxiliary.

She was preceded in death by her father, Harlan Benson.