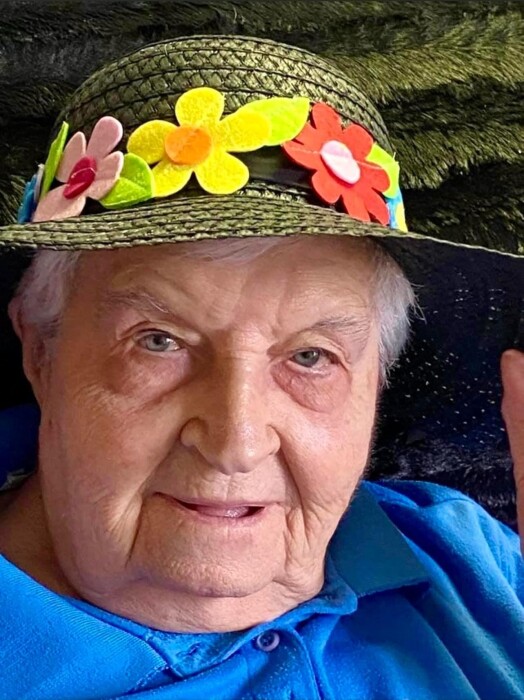 Mass of Christian Burial will be held on Saturday, August 27, 2022 at 11:00 a.m. at St. John’s Catholic Church in Ortonville. Father Brian Oestreich will celebrate the Mass. Visitation will be held at the church on Friday beginning at 5:00 p.m. with a prayer vigil at 7:00 p.m. Visitation will continue one hour prior to the Mass on Saturday. Burial will be in Mound Cemetery.

Mary Lucille (Kruger) Vangsness was born on October 27, 1930, in Graceville, MN. She was the daughter of Joseph and Mary (Dailey) Kruger.  Lucille grew up in Graceville. She attended and graduated from St. Mary’s Catholic School. She was united in marriage with Donald L. Vangsness on February 18, 1950, at Holy Rosary Catholic Church in Graceville.

Don and Lucille were blessed with seven children: Jean, Donald, Robert, Richard, David, Mary, and Linda. They raised their family in Ortonville. Lucille was a hardworking and devoted mother. She also worked at Jim’s Fairway and was a cook/baker for the Ortonville Schools.

Lucille was a faithful member of St. John’s Catholic Church. She served on the funeral lunch committee for many years. She was a prayer warrior for her family and anyone in need. She was generous with her love and devotion. She could be feisty and witty as well as loyal and generous. She adored her family, especially her grandchildren.