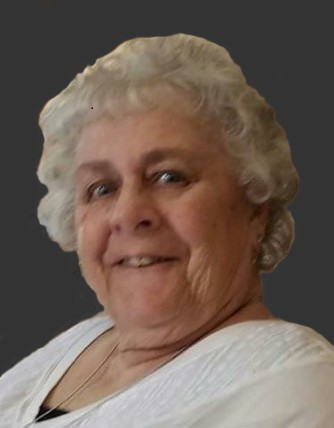 "What the caterpillar calls the end of the world, the Master calls a butterfly"

Funeral services will be held on Friday, May 5, at 11 a.m. at New Life Community Baptist Church in Ortonville. Rev. Don Fischer will officiate.

Visitation will be held on Thursday, May 4, from 5 – 7 p.m. at Mundwiler and Larson Funeral Home, with a prayer service at 7 p.m.

Mary Jane was born on March 26, 1934, in Battle Creek, Michigan to parents Leonard and Virginia (Wattles) Piasecki. She graduated from high school in the spring of 1952, fell in love with her Airman at the drugstore malt shop where she worked, and they were married in November of 1952.

In 1953, they moved to a farm in Minnesota, where they raised their six children, milked cows, and planted crops.

For most of her life Mary Jane was a mom, grandma, great-grandma, farmhand, and housewife. She did work for a few years as a hostess at the Matador Supper Club. Mary Jane and O.C. traveled to Texas for many winters after retiring from the farm.

Mary Jane is preceded in death by her parents; her husband; and her oldest granddaughter, Jodi Lynn.