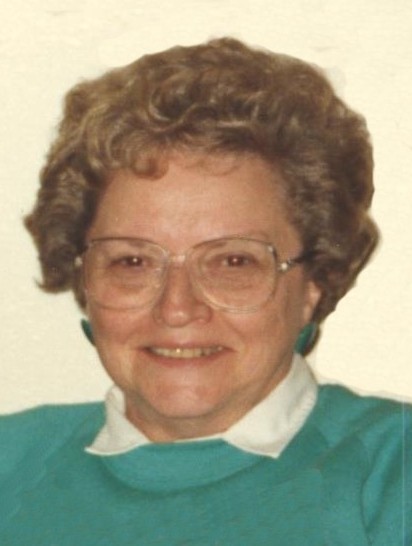 Funeral services will be held on Tuesday, May 24 at 10:30 a.m. at Emanuel Lutheran Church. Rev. Keith Bicknase will officiate and burial will be in the Milbank Cemetery. Visitation will be at the church one hour prior to the service on Tuesday.

Mary Jane Francis Angerhofer was born March 29, 1927, in Milbank, SD. She was the daughter of John and Marie (Harder) Angerhofer. Mary Jane attended school in Milbank and graduated with the MHS Class of 1945.

Mary Jane was united in marriage with Merritt A. ("Buzz) Pochardt on February 10, 1946. They started married life farming in Grant County. Mary Jane and Buzz had a passion for square dancing and enjoyed every minute. They later moved into Milbank. They were blessed with five children: Steven, John, Susan, Jo, and Nancy.

Mary Jane was a devoted wife and mother. She also worked in the lab at Valley Queen Cheese Factory for many years. She was a talented artist and enjoyed painting. She and Buzz enjoyed spending time in their RV, traveling all over the United States. She loved crafts of all kinds, especially sewing and quilting. She was a faithful member of Emanuel Lutheran Church.

She was preceded in death by her parents and husbands.