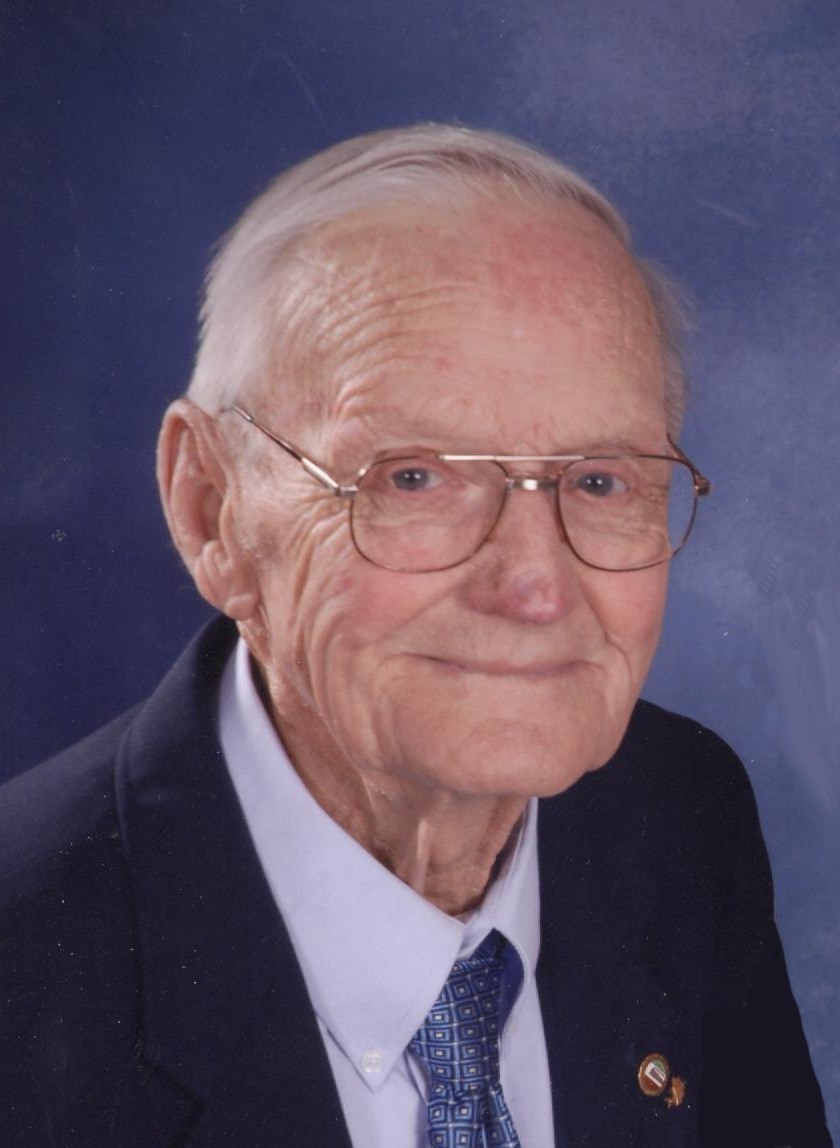 Funeral services will be held on Saturday, January 2, 2016, beginning at 11:00 a.m. at First English Lutheran Church. Visitation will be held one hour prior to the service. Rev. David Tonn will officiate. Urn bearers will be Jon Wohlhuter and Andy Knopf and burial will be in Mound Cemetery.

Marvin Allen Knopf was born on October 15, 1921, in Wheeling Township, Rice County, Minnesota, to Aden and Karen (Gaasedelen) Knopf. In 1927, his family moved to a farm in South Dakota, arriving there by train. Marvin graduated from Big Stone City High School in 1939. He served in the U. S. Navy during WWII. On June 20, 1948, Marvin and Lois Martinson were united in marriage at First English Lutheran Church. Marvin attended college at the University of Wisconsin in Madison, St. Thomas College in St. Paul, and in 1958 graduated from the University of South Dakota.

Marvin and Lois spent the majority of their married life in the Stillwater, Minnesota area. Marvin's work life was varied. He was employed as a director in the Department of Agriculture in Washington and Ramsey Counties for 25 years. He also worked as a school teacher, fireman, and greens keeper at a golf course. Marvin volunteered as a Boy Scout leader. He loved the St. Croix and Meadowbrook, especially on the 4th of July. Marvin was well read on most subjects and thoroughly enjoyed sharing his knowledge with his children, especially on the subject of nature.