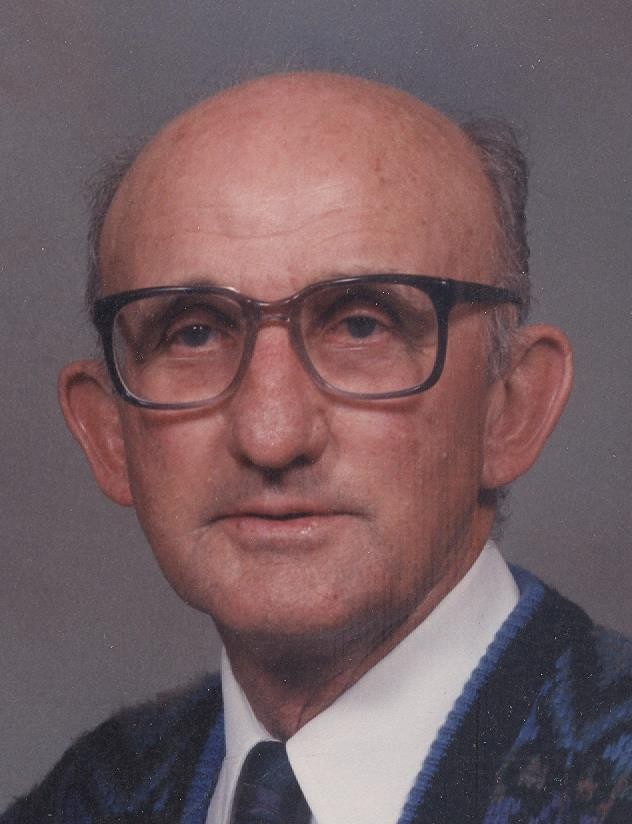 On January 21, 2017, just five days before his 96th birthday, Marvin N. Block passed away at Northridge Residence, surrounded by family.

Funeral Services will be held on Friday, January 27, 2017, at 11:00 a.m. at First English Lutheran Church in Ortonville. Pastor David Tonn will officiate and burial will take place in Mound Cemetery.

Visitation will be at First English Lutheran Church on Thursday, January 26, beginning at 5 p.m. followed by a prayer service at 6:30 p.m. Visitation will continue at the church on Friday, one hour prior to the service.

Marvin was born on the family homestead in Akron Township, MN on January 26th, 1921, to George and Nellianna (Kvalheim) Block. Marvin was baptized and confirmed at the Zion Lutheran Church on Hwy 12. Marvin graduated from Correll High School in 1939 as the first of his family to graduate.

Marvin was drafted to the U.S. Army in 1942 to fight in WWII. During his time of service, Marvin was injured with shrapnel to the eye, which resulted in vision problems and eventually led to total blindness later in life. Following Marvin's injury, he immediately went back to fighting for our great nation until his time of service ended in 1945. Marvin carried his experiences of the war with him throughout his lifetime making him one of the most honorable men to serve in WWII. Prior to his death, Marvin was the oldest living WWII Veteran in Big Stone County.

In 1950, Marvin married the love of his life, Joan Beachem at the home of Joan's parents in Otrey Township, MN. To this union, four children were born; Mark, Dawn, Ronda, and Ginger. Marvin spent most of his working years farming. First as a hired hand south of LaBolt, SD, then he and Joan rented a farm in Akron Township, MN. In 1953, they moved to the Block homestead where Marvin had been born and that is where the couple remained, raising their family and farming side by side, until 1986 when they moved to Ortonville, MN.

Marvin and Joan joined First English Lutheran Church in Ortonville in 1960 when their rural church was closing. Marvin was an active member of his congregation, teaching Sunday School and serving as church deacon.

In his retirement, despite failing eyesight, with Joan at his side, Marvin remained actively involved in his community. Marvin was a lifetime member of the Disabled American Veterans, Veterans of Foreign Wars, and the American Legion. Marvin and Joan believed strongly that with every day the good Lord gives you, you get up and work to do your part and make this world a better place. The couple spent 10 years volunteering at the Big Stone County Food Shelf and Marvin was a member of the Big Stone Planning Commission for 27 years.

Marvin enjoyed spending time with his 11 grandchildren and later his 27 great-grandchildren, teaching them, watching them grow, and sharing his colorful experiences with them. Marvin worked hard to stay physically active, enjoying bike rides with his family and even participating in TRAM; the ride across Minnesota. Right up until his body failed him, Marvin could be found walking on his treadmill for an hour (sometimes two) each day.

Marvin was a man of great honor, love and contentment; a man whose legacy will live on in the lives of many. Thursday, January 26th, 2017 would have been his 96th birthday. We celebrate this day here on earth, knowing that he is celebrating with the angels in the heavens!

He was preceded in death by his parents; brothers: Dale, Dwain, Raymond and Warren Block; and sisters: Margie Monson, Ruth Teske and Sylvia Maisch.