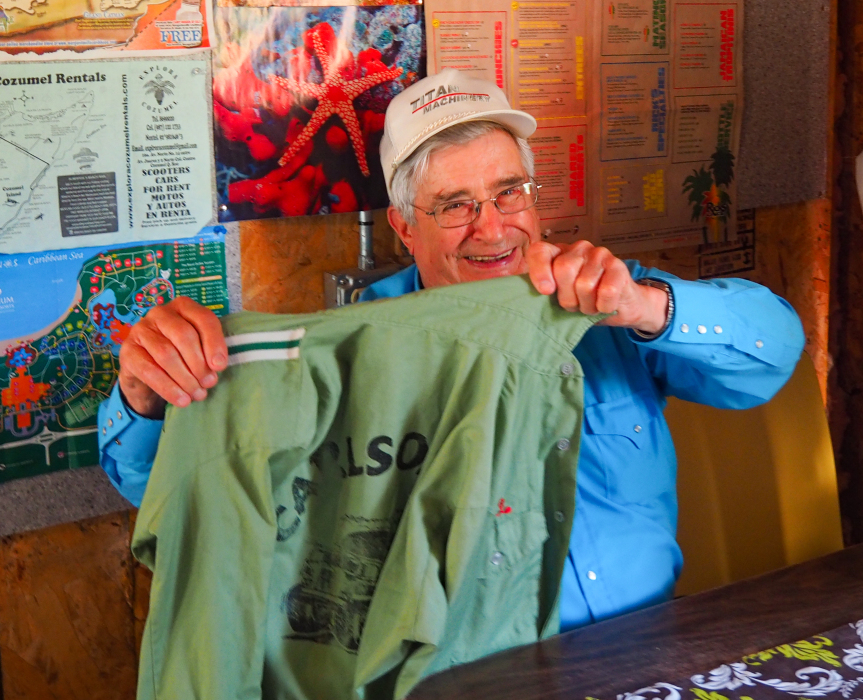 Alfred “Punk” Martin Carlson was born on January 8, 1933, to Lloyd and Rosella (Fischer) Carlson in Barry, MN. With the exception of a few years living in St. Paul as a young child, he lived his entire life in the Graceville area. He graduated from St. Mary’s Academy with the Class of 1951. After high school, Punk worked as a custodian and bus driver for Graceville High School for approximately 15 years.

1966 was the start of what became known as Carlson Oil Company. He started operating a service station in addition to running a bulk business for consumers and the farming community. In the next few years, he acquired several service stations, built a truck stop and restaurant, and launched the “Carlson’s 1 Stop Mini Mart.” He was very active and involved in the community as a volunteer fireman and served as mayor of Graceville. Punk was self-taught in many trades (carpentry, plumbing, electrical) and was a true craftsman. Along with his father, he built the family home where he lived until his death. Family was everything. Outings at his parents’ cabin on Big Stone Lake on Sunday afternoons were a common occurrence. Punk enjoyed teaching his children how to fish, ski, hunt, plus a multitude of life skills. He especially loved taking his grandsons on fishing trips to the Missouri river.

On February 28, 1989, Punk was united in marriage with Virginia “Ginger” Gilsdorf. They bought a cabin on Big Stone Lake to continue family traditions of “lake life”. He decided it was time to retire in 1995 so he could fully enjoy their lake cabin, the outdoors especially hunting, fishing, and spending time with his children and grandchildren.