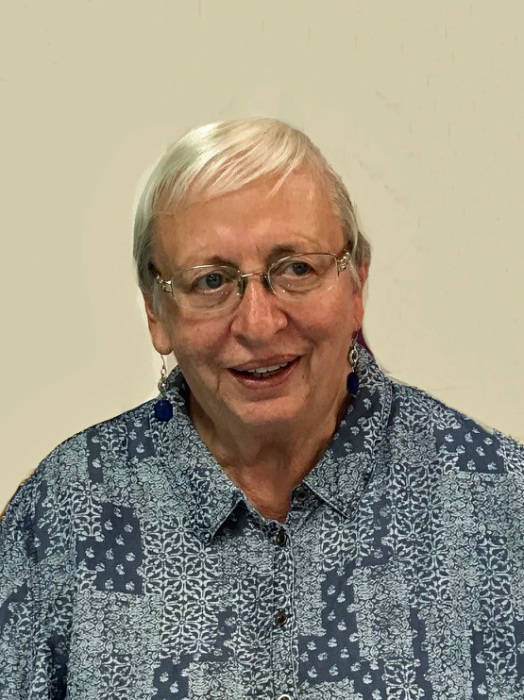 Marla Jean (Von Eschen) Peterson was born on March 27, 1937, at home in Yellow Bank Township, Lac Qui Parle County, MN, to Jacob and Lucile (Reichert) Von Eschen. She attended District 27 Country School about a mile from the Von Eschen farm and graduated from Ortonville High School in 1954. Growing up on the family farm, she loved animals: horses, cattle, cats, and dogs. She was active in 4-H and showed cattle at the Big Stone County Fair and at the Minnesota State Fair three times. Marla had a beloved horse, “Kitty”, that she trained to allow her to stand on her back at a gallop. She also shared her life with beloved dogs throughout the years including, Daisy, and her cherished Stormy, who was her companion most of the years in her camper.

In August of 1954, Marla began her working career at the Big Stone County Welfare Office in Ortonville. Her work there included distributing food commodities from a building in downtown Ortonville prior to the advent of the Food Stamp program.

Marla married Bradley Gustafson on June 1, 1957, at Yellow Bank E.U.B. Church. They had one son, Mark Bradley, and divorced in 1961. Marla later married Larry Lynn Peterson and the family lived in Ortonville, New Hope, MN, where Marla worked at Crystal State Bank, before moving to Watertown, SD, in 1969. She was employed by the South Dakota Department of Social Services for many years until her retirement in 1999.

She was compassionate toward those in need and some of her clients were invited into her home and almost became members of the family over the years. Even after being retired for over 22 years, she talked regularly by phone with friends she had met during her social service career and continued to offer her support and “free advice” if she felt it was needed. To support her family as a single mom, Marla also worked evenings at Conklin’s Truck Stop in Watertown.

Understanding the value of hard work, when Mark was old enough to drive, Marla encouraged him to take a driving route delivering Sunday Minneapolis Tribune newspapers around Lake Kampeska and to various other rural addresses. This meant getting up at 2:30 a.m. every Sunday morning with Mark to first assemble the three sections of the paper, and then to deliver up to 150 papers, ending at about 7:30 a.m. She was truly a supportive mom and yes, the car got stuck a few times.

At her home in Watertown, she loved gardening and was so proud to show off the flower gardens to visitors.  Hospitality was so important to her, and throughout her life, she loved sitting around the table with friends and family playing cards, with plenty of coffee, desserts, and stories to share. Staying in touch with extended families of Von Eschens and Reicherts was also important, and the joy and laughter she had with her aunt, Elaine, and others will never be forgotten.

Marla also enjoyed bowling and played in leagues at the Granite Lanes in Ortonville and later in Watertown for many years. Marla lived in Watertown until 2006 and after dreaming of becoming a full-time RV camper for several years, she finally did it. At age 69, she had an estate sale, sold her home, bought a pickup and fifth wheel camper, and hit the road to a new chapter in her life. She loved this new lifestyle and spent 15 years mostly as a “Winter Texan,” splitting time between winters in Rockport, TX, and summers in Ortonville or Watertown, SD. At the end of her camping years, she was on her third pick up and second camper. Marla made many friends over a dozen years at Wilderness Oaks RV Resort in Rockport and was active in many activities at the clubhouse there, such as card games of every type, puzzles, and Mahjong. She also was a member of the Rockport Woman’s’ Club and enjoyed more gaming and fellowship there.

In December of 2021, Marla experienced serious health issues and decided to move to the Minneapolis/St. Paul area to be near son, Mark and his family as she pursued treatment for cancer. On moving day, a whole “village” turned out at the campground to help sort her belongings, pack, and load the U-haul trailer. Some tears were shed but it was a wonderful day with everyone sharing their love for Marla by pitching in to help her on her way to Minnesota. In Minnesota, she lived in a senior apartment in New Brighton and enjoyed a lot of time with her family and friends who visited. She soon called her new apartment “home”, and the family did their best to keep up with her playing Cribbage, Five Crowns, and Scrabble. In her final weeks, Marla treasured visits from her cousin, Marilyn Matthies, friends: Judy Noll and Jean Lindemann, Pastor Craig Hanson, and others. After Marla’s 15 years of camper lifestyle, her family will always treasure these three months of time they had with her.

Marla is survived by her son, Mark Gustafson; and two grandchildren: Jessica Gustafson and Jakob Gustafson.

Marla was preceded in death by her parents: Jacob and Lucile Von Eschen.

Memorials are suggested to your local Humane Society or animal shelter.