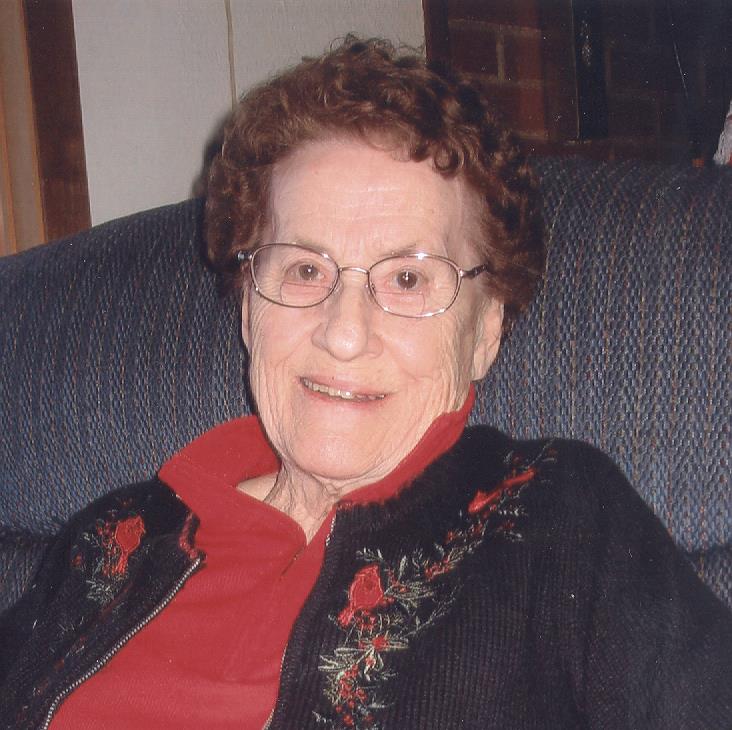 Funeral services will be held on Sunday, October 22, 2017, at 2:00 p.m. at Zion Lutheran Church in Ortonville. Pastor Ailsa Odom will officiate and burial will be in Mound Cemetery.

Visitation will be on Saturday from 5 - 7 p.m. at Mundwiler and Larson Funeral Home in Ortonville. A prayer service will be held at 7 p.m. Visitation will continue at the church on Sunday, one hour prior to the service.

Marjorie Lorraine (Olson) Lantis and her twin sister Marion were born on November 15, 1925, in Browns Valley, MN to Martin and Hannah (Jenson) Olson. They also had two brothers, Ralph and Carroll. Marjorie grew up in Browns Valley. She was baptized and confirmed into the Lutheran faith and graduated from Browns Valley High School with the Class of 1944. She was united in marriage with Elton Edward “Buzz” Lantis on May 23, 1946. They had one son, Jeffery, born in 1947. In 1948, Marjorie and Buzz took over the tavern in Big Stone City, SD from her dad. She could be found behind the bar in Buzz's Tavern serving Grain Belt to friends old and new for more than 60 years. She was featured, along with her twin sister, on television and in print for their many years as dedicated business owners.

Besides Marjorie’s hard work ethic, she enjoyed spending time with her family and friends. She loved dancing the polka, waltz and two-step, playing cards, tending to her large garden and flowers, and going out for ice cream. Marge also enjoyed searching for treasures at garage sales, especially collecting head vases which she had on display at the tavern. She liked hunting and fishing and was an expert fish cleaner. She had a smile for everyone she met and always preferred laughing to crying. She will be dearly missed.