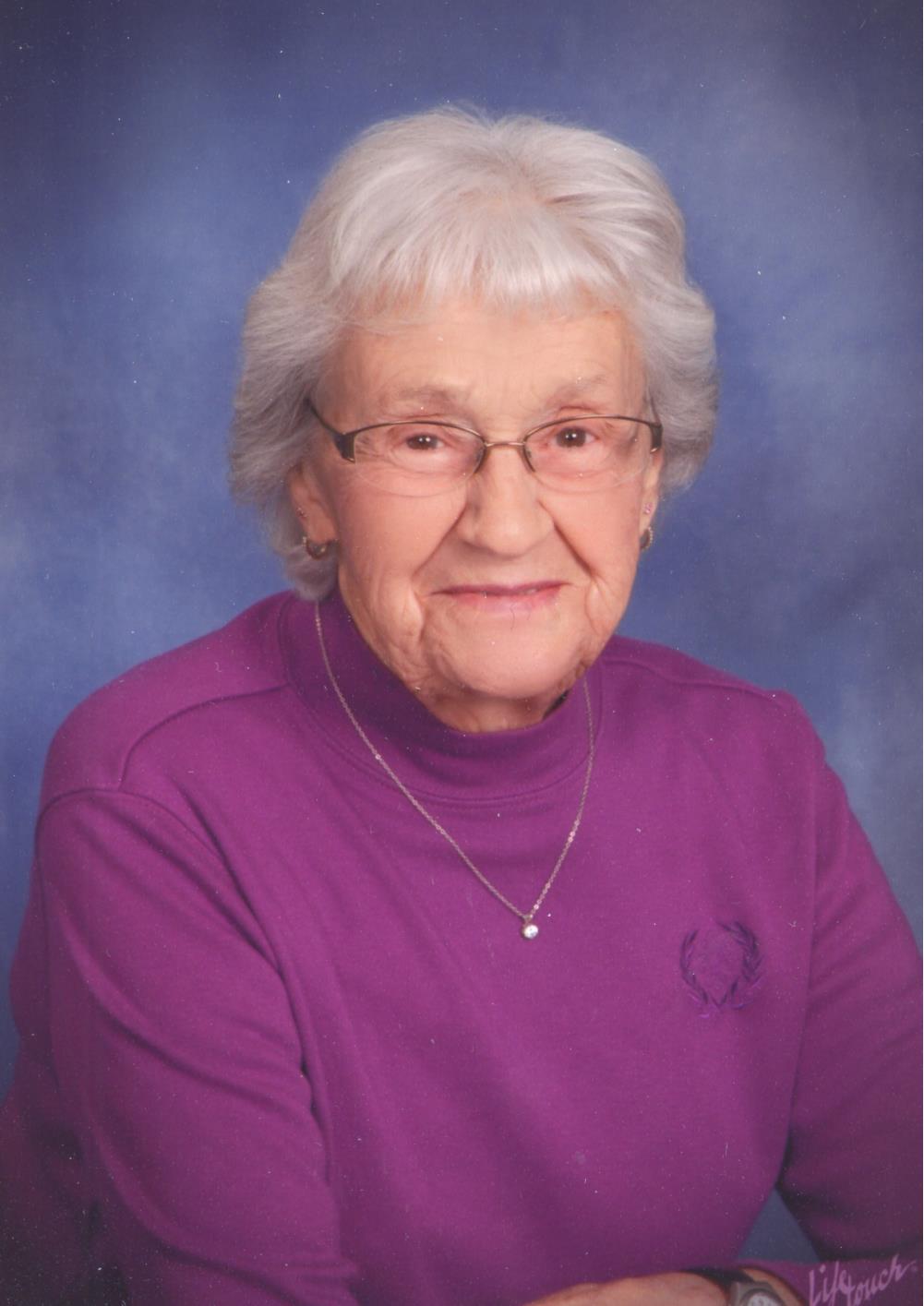 Margaret Gladys (Prisinger) Van Sambeek was born October 8, 1925 in Milbank, South Dakota. She was the daughter of Anton and Anna (Meier) Prisinger.

She attended rural school at Geneseo #3 in Roberts County. While she was in 7th grade, she was required to complete a project to be sent to the County Superintendent's office. She received 10 credits for the project, which was applied to her final grade. For her project, Margaret made an apron that was completely hand-stiched. Her apron won First Place at the Fall Festival in Sisseton, South Dakota. Her teacher then entered it at the 1938 South Dakota State Fair where it was again awarded a First Place blue ribbon. She graduated from the 8th grade in May, 1939.

She helped her parents on their farm in rural Corona for many years. In 1946, she began working at Northwestern Bell Telephone Company in Sioux Falls, SD. She was a Local Telephone Operator. A year later she was trained as a Long Distance Telephone Operator, which she enjoyed very much.

She was united in marriage with John Van Sambeek on October 8, 1947 at St. Lawrence Catholic Church in Milbank. After their marriage, they lived in Sioux Falls, SD, where Margaret was already employed. In 1948, they began farming, renting land in Roberts and Grant Counties until buying the Van Sambeek family farm in 1967, where they lived until retiring to Milbank in 1996.

Margaret was a member of St. Lawrence Altar Society and the American Legion Auxiliary. She had also belonged to an Extension Club for a number of years. After the Grant Center Go-Getters 4-H Club was organized, she helped her husband, who was the leader for many years.

Margaret was a dedicated Red Cross blood donor, where she had donated over 8 gallons. She enjoyed being a homemaker and mother. She liked to cook and was always trying new recipes. She won numerous awards for her baking and canning. She also liked to read, sew, embroider, and crochet--that love started with those elementary school projects. Margaret spent alot of time with her vegetable and flower gardens. Vegetables were a necessity for her large family--but flowers were her pride and joy. She had a green thumb and could make anything grow.