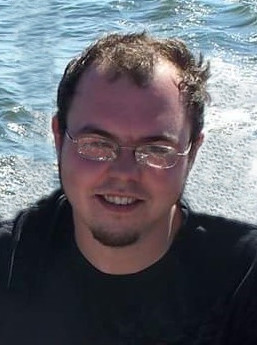 Services for Marc will be held at St. John’s Catholic Church, Ortonville, MN, on Friday, August 25, 2017, at 11:00 a.m., with visitation one hour prior to the service. Services will be officiated by Fr. Brian Ostereich. Burial will be in the Mound Cemetery, Ortonville, MN.

Marc graduated from Chaska High School in 2003, and from Universal Technical Institute in Houston, TX in 2004, as a Certified Auto Body Collision and Repair Technician.

He worked for several years in Mankato and Houston doing auto body repair work. He was employed by O’Reilly Auto Parts of Chanhassen for the past 5 years.

Marc was preceded in death by his grandparents: Donald & Olivia Wilde; his uncle and aunt: Duane & Jeanne Wilde.

In lieu of flowers, the family suggests memorials be given to a charity of your choice or the Juvenile Diabetes Research Foundation (JDRF).

A very special thank you to all the doctors and nurses at Abbott Northwestern Hospital and J.A. Wedum Hospice Home for their wonderful care and compassion over the past 2 months.