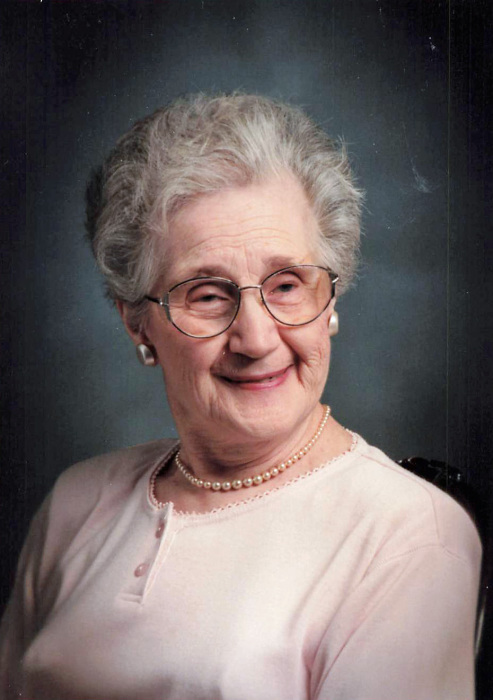 Funeral services will be held on Monday, August 9, 2021, at 10:30 a.m. at Tabor United Methodist Church in Big Stone City, SD. Visitation will be held from 5:00 p.m. to 7:00 p.m. on Sunday, August 8, at Mundwiler and Larson Funeral Home in Ortonville and will continue one hour prior to the service at the church on Monday. Burial will be in Greenwood Cemetery outside of Big Stone City.

Loraine Edna Robertson was born on July 26, 1920, in Chokio, MN, to Andrew and Ruth (Schlegel) Robertson. She attended school and graduated from Big Stone City High School in 1938.

On October 28, 1940, Loraine was united in marriage with Harley McDaniel and their family was blessed with three children. Harley passed away on December 17, 1971. Loraine was united in marriage with Oliver Nolting on September 25, 1981. Together, they made their home in Big Stone City, SD. Oliver passed away on August 25, 1998.

Loraine was a homemaker and raised her children for many years. She also worked as the clerk at the Big Stone City Post Office for 19 years. Loraine was very active in her church: playing piano and singing in the choir for more than 50 years.

Left to cherish her memory are her son, Gary (Barbara) McDaniel of Victoria, MN; and daughter, Cheryl Haggard of Loveland, CO; four grandchildren; and 10 great-grandchildren.