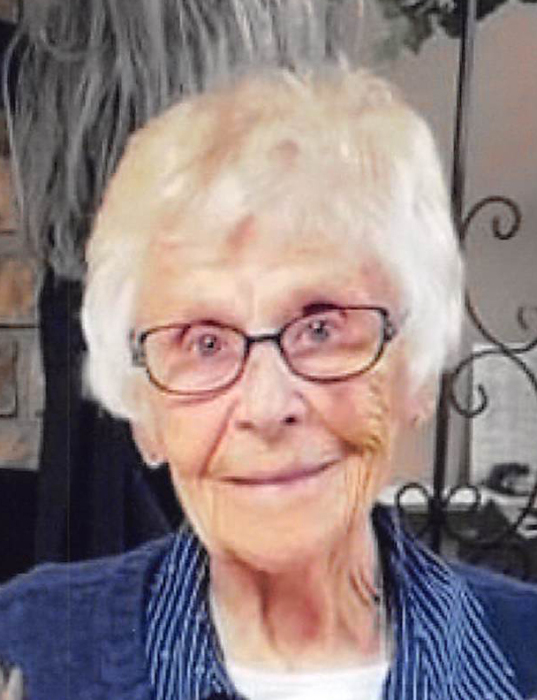 Lois Estelle Augustine Hansen was born on April 4, 1927, in Watertown, SD.  She was the only child of Harry Curtis Augustine and Ida Amanda (Kirkeby) Augustine.  Lois grew up on the family farm near Bradley, SD, and graduated as Valedictorian of the Class of 1945 at Bradley High School. She was united in marriage with Robert M. Hansen on September 21, 1946.  They moved to Browns Valley, MN, in 1947.  Lois lived in her home until entering Browns Valley Health Center in June of 2018.

Lois was a “stay at home” mom, caring for her six children.  She  worked at Hansen Chevrolet, and later, Hansen Pole Buildings.  She was a faithful member of Zion Lutheran Church since 1947.  Lois was involved in school and community activities.  She taught Sunday School, was a member of the Historical Society, and served on the Browns Valley Library Board.  She enjoyed singing in the church and community choirs.  She was a member of Progress Study Club, the Red Hats, and Band Mothers.  She was a talented seamstress and sewed clothing for her children and grandchildren.  She enjoyed needlepoint and reading.  Most importantly, Lois loved spending time with her family and friends. She always enjoyed shopping with her daughters on any day and anytime!

Lois was preceded in death by her parents: Harry and Ida; her husband, Robert in 1988; and great-granddaughter, Ashley Nelson.