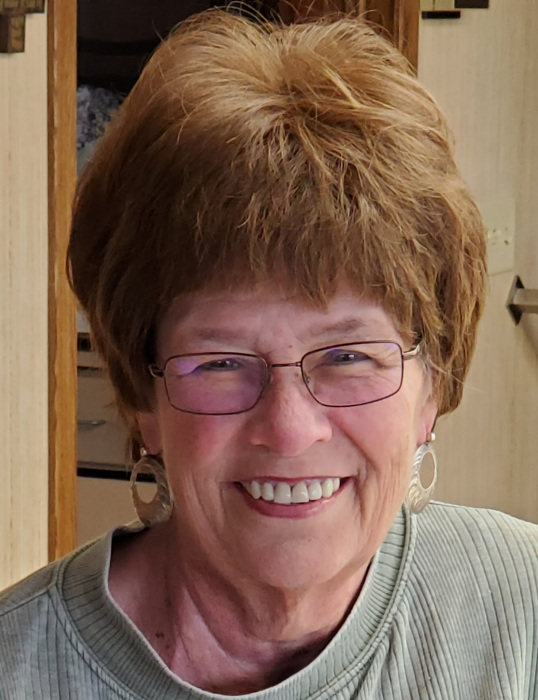 Linda Schmidt, age 71, of Correll, MN, was called to her Heavenly Home on Thursday, June 23, 2022, after a long and courageous battle with cancer.

Memorial services will be held on Wednesday, June 29, 2022, at 2:00 p.m. at Abiding Faith Lutheran Church in Ortonville. Linda was laid to rest on Saturday, June 25, 2022, at 10:00 a.m. at Mound Cemetery in Ortonville, MN, per her wishes for a private immediate direct burial. Officiant is Pastor Richard Larson.

Linda Jane Schmidt was born on November 10, 1950, in Ortonville, MN, to William ‘Bill’ and Marjorie (Baerwaldt) Parker. She graduated from Ortonville High School with the Class of 1968. Linda married Ron Schmidt (Correll, MN), her longtime roller-skating partner, on September 19, 1969, in Ortonville, MN. To this union, three children were born: Jason, Janelle, and JoAnn.

After marriage, they made their home at their farm in Correll, MN. Growing up in town, Linda had much to learn about farming. She quickly learned how to drive tractor, disk, chisel plow, drive truck, combine, and everything else needed for the farming operation. Linda was also the main trucker and corn dryer operator during harvest as well as the farm bookkeeper. She was also very meticulous in keeping the farm site well maintained spending hours on the lawn mower. While working with Ron on the farming operations, Linda also worked at the local bank and later at the ASCS & FSA offices in Ortonville. Afterward, Linda owned and operated Schmidt Crop Insurance Agency for many years but had to liquidate it because of cancer.

Family was very important to Linda, and she always made time to spend with them no matter how busy she was. Faith and church were also very important in Linda’s life.

When time permitted, Linda had a number of hobbies. Her most recent hobby was creating a Hosta garden around the house and picking out all different varieties of Hostas. The biggest challenge with her Hosta garden was trying to keep the wildlife out. She was a great cook and enjoyed trying new recipes. Linda has always had a love for stain glass and took on the challenge of learning how to do it. In her earlier years, she made many different Hardanger and Macrame displays.

Preceding Linda in death were her parents; and sister, Karen Bueng.