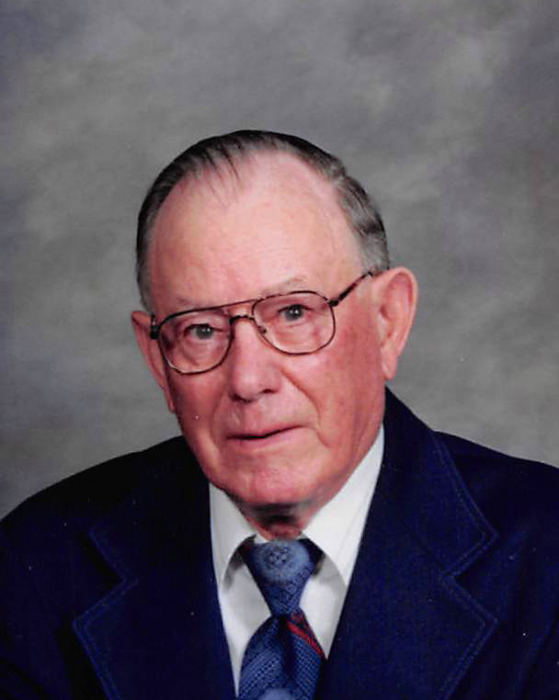 A Memorial Mass will be held on Tuesday, February 25, 2020, at 11:00 a.m. at Holy Rosary Catholic Church in Graceville, MN. Visitation will be held one hour prior to the Mass on Tuesday. Father Brian Oestreich will celebrate the Mass. Burial will take place in Graceville Consolidated Cemetery at a later date.

Lawrence George Kleindl was born on November 11, 1921, in Park Rapids, MN, to John Albert and Margaret (Ehrnst) Kleindl. In 1923, the family moved to a farm in Big Stone County, two miles west of Barry, MN. Lawrence’s family moved a few more times around Big Stone County until finally settling in Graceville in 1947.

On October 2, 1946, Lawrence joined the United States Army and went to Fort Snelling near St. Paul, MN. He was directed to Camp Polk, LA, for additional training. Lawrence was later sent to San Francisco, CA, by train and from there went to the Islands of the Philippines on the USS Greely. On January 9, 1947, he arrived in Yokohama, Japan, where he was stationed for a year serving the military police. On January 3, 1948, Lawrence left Japan for the United States where he met his brother, John, who returned home from serving in Korea, and the two planned to be discharged from the Army together.

Lawrence enjoyed fishing for bullheads and playing cards. His family was very important to him, and he enjoyed spending time with his nieces and nephews. Lawrence also enjoyed being around machinery and would help others with their farming when he was able.

He is survived by his sister-in-law, Margaret Kirkey; many nieces and nephews; and numerous cousins.