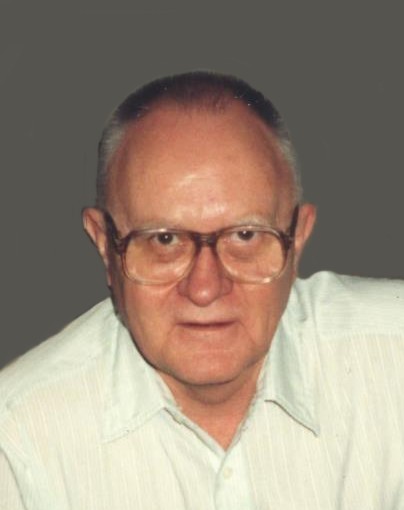 Lawrence Peter "Andy" Andersen was born on December 19, 1931, on a farm about seven miles northwest of Irene, SD in Turkey Valley Township to Peter L. Andersen and A. Marie (Jensen) Andersen. Pete and Marie were children of Danish immigrants.

In January 1953, Andy was united in marriage to Joanne Burges, of Milbank, in Denison, Iowa. They spent the summer of 1953 in Minneapolis, where both were employed, before moving in the fall to Arlington, S.D., where Andy was hired as the school's music director.

Following the death of Joanne's father (Charles Burges), they moved with their two small children to Milbank in the summer of 1958 to work at the Burges family business, the Milbank Herald Advance. The entire family, including Joanne's mother, Lucille, worked at the combination newspaper and print shop. The Andersens became sole owners in 1971. In 1985, they sold the business because Mrs. Andersen's reduced physical capabilities following her being diagnosed in 1983 with multiple sclerosis. She continued working as a writer, columnist, and piano teacher. Andy semi-retired and worked part-time as production supervisor at Midland Publishing and Printing, in Milbank. He retired from the business world in 1992 and was sole caregiver for Joanne until her death, in 2006.

Andy was a long-time member of the Kiwanis clubs in Arlington and Milbank and was vice-president and secretary of the Milbank club. He also served several terms as a board of directors member of the Milbank Area Chamber of Commerce. In 2002, he was chosen to be a year-long contributor to "Dakota Comment," a feature in the Sunday Sioux Falls Argus Leader.

He was preceded in death by his parents; wife, Joanne; and brother, Kenneth Dale.