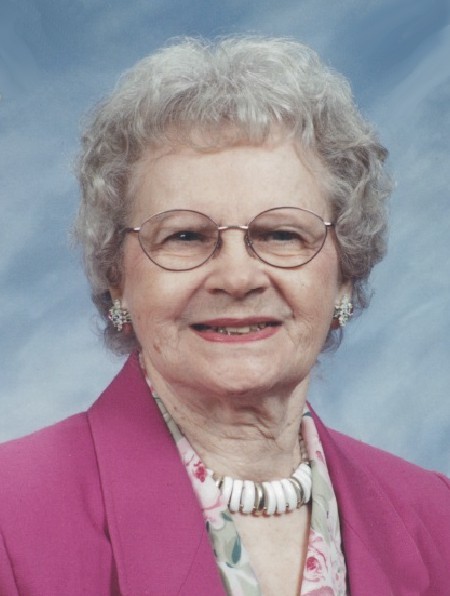 A celebration of LaVona's life will be held at 11:00 a.m. on Friday, June 3, at Living Word Lutheran Church in Milbank. Rev. Craig Werling and Rev. Janine Rew-Werling will officiate. Burial will follow in the Milbank City Cemetery. Visitation will be held for one hour prior to the time of service at the church on Friday.

LaVona Olyne Sorenson was born on March 28, 1921, in Ortonville, MN, to Arthur H. and Lydia A. (Rude) Sorenson. In 1928, she moved to Milbank and later graduated from Milbank High School with the class of 1939. After graduation, LaVona worked as a secretary to MISD Superintendent W.C. Rabe until 1941, when she moved to Minneapolis, MN, and furthered her education at the Minneapolis School of Art. She attended school until 1942 and then continued working for Supt. Rabe until 1943.

LaVona also lived in Fargo, ND from 1943-1945, where she worked in the Decorating Department at Luger Furniture, and Long Beach, CA, from 1945-1946, where she worked at Buffum's in the Decorating Department. She moved back to Milbank in 1946 and was united in marriage with Joseph P. Van de Voort on May 7, 1946, in Ortonville, MN. LaVona began working as the Grant County Deputy Register of Deeds until 1949, when she became employed as a secretary at Tait & Tait until 1953. In 1975, LaVona became the Grant County Deputy Clerk of Courts and just a year later, the Grant County Magistrate of the Clerk of Courts. She held this position until she retired in 1997.

LaVona was a member of the American Lutheran Church in Milbank, where she served on the Altar Guild and WELCA. She was a Makocha Study Club member and enjoyed teaching piano and organ lessons for 50 years. LaVona began serving as church organist in 1937.

LaVona is preceded in death by her parents; husband, Joseph; son, Bradley; and daughter-in-law, Julie Nordquist.

The family would like to express gratitude to the nurses, caregivers and staff of St. William's and Park Place for their excellent care and kindness. Thank you also to Dr. Kevin Bjordahl and the nurses at the Milbank hospital.

Another big thank you to longtime friends, Dick and Carol Forster, for their years of selfless service; Marilyn Nef for her faithful visits; the Chuck Monson family for years of lawn care; and the countless caring friends and neighbors that ministered to LaVona in many tangible and intangible ways.
LaVona dearly loved Milbank and its people.

In lieu of flowers, please make a donation to Samaritan's Purse.