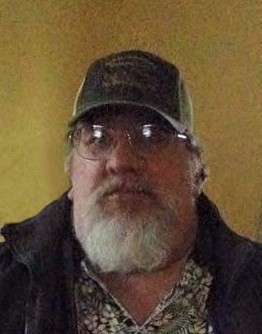 Kennith Thomas Doll was born on June 25, 1954 in Perham, MN to Vincent and Mary (Klimek) Doll. As a baby, he moved to Winger before moving to Detroit Lakes, MN in 1960. He spent the majority of his life there before moving to Moorhead in 2001, and later to Ortonville in 2010. Ken attended school in Detroit Lakes before attending Vo Tech classes for chef training.

Ken worked at the Shooting Star Casino, drove truck for many years hauling sugar beets, and most recently was employed by Walmart before his retirement. He loved hunting, fishing, sitting around drinking coffee and talking with friends, and especially enjoyed cooking in restaurants.

Left with his loving memory are his brothers: Max Doll of Detroit Lakes, MN; Jerome Doll of Thief River Falls, MN; sisters: Veronica Tracy of Port Orchard, WA; Diane Olson of Moorhead, MN; Corrine Scilley of Moorhead, MN; and Marylou Kozitka of Detroit Lakes, MN. He is also survived by his long time companion, Darlene Hoefs of Ortonville; her children: Dennis (Katrina) Hoefs of Callaway, MN; Ellen Hoefs of Mahnomen, MN; and Dan (Crystal) Hoefs of Ortonville; and nine grandchildren, all of whom Ken considered to be his family.

He was preceded in death by his parents; and his sister, Virginia Johnson.