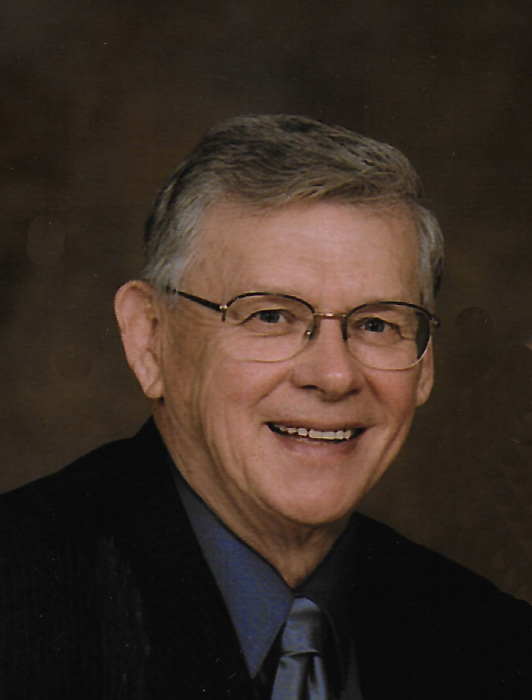 Kenneth J. Simonitch, age 92, of Ortonville, MN, passed peacefully to his heavenly home on December 2nd at St. William's Care Center (Milbank).  His loving wife of 70 years was present at his side.

A private family service for Ken will be held at First English Lutheran Church on Monday, December 7th at 2p.m. Interment will be at Mound Cemetery.

Kenneth James Simonitch was born May 19,1928, in Milbank, SD, to Lulu Carlson and Rudolph “Rudy” Simonitch. In 1930, the family moved to Ortonville, MN, where Ken attended grade school and graduated from Ortonville High School with the Class of 1946. He married the "love of his life", Aletta L. Waller on June 30,1950, and together, they had 3 children: Sandra, Terri, and James.

In 1944, Ken joined the Minnesota National Guard then enlisted in the Army Air Corps, serving from 1946 to 1949. He was trained as an airborne radar operator/navigator and got to fly in his favorite aircraft: The B-17. He was stationed with his search and rescue squadron on the Azores Islands near Portugal and while he was there, he became a Ground Controlled Approach (GCA) operator. He returned to the United States and taught transport pilots the art of GCA landing in all weather conditions. After his enlistment ended, Ken began a seven-year commitment in the United States Air Force Reserve.

Ken's career as a master plumber and heating and air conditioning contractor began with the family owned business: Ortonville Plumbing and Heating from 1950 to 1981. After 1981, he began a 10-year employment as the Production Manager at Pepsi/7Up Bottling Plant in Ortonville. After retirement, he discovered a love of farming while working with Doug Adelman on his farm.

Ken lived his life as a kind, gentle soul and found humor in everyday life. His faith, family, and friends were most valued by him. He enjoyed traveling, singing, fishing, farming, sailing, skiing, playing bridge and dominoes, building radio-controlled airplanes, and flying as a private pilot. He was a member of Kiwanis Club, the VFW, the Ortonville Fire Department for 20 years, and was a member of First English Lutheran Church. He served his church as a Sunday School teacher, as a confirmation mentor, as congregation president, and as a choir member.

Kenneth was preceded in death by his parents; brothers: Robert Simonitch and Donald Simonitch; and sister-in-law, Genevieve Simonitch Davis.