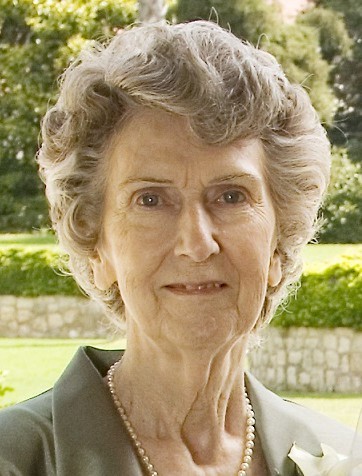 Kathleen Kamp of Ortonville, Minnesota, formally of Sun City, Arizona, died due to complications of Alzheimer's on June 10, 2016. She was born November 7, 1930 in Detroit, Michigan. She is the youngest daughter of Edith Doris Kamp. Other siblings include: Doris Bursheim of Ortonville, Minnesota, and Edith Fraser of Sandiway, England. Kathleen was a second mother and helped raise her two nieces, Kathleen Marihart of Madison, Minnesota, and Edie Barrett of Ortonville, Minnesota. As a young person, Kathleen lived most of her life in Michigan and then relocated to Arizona in the early 1960s. She lived on Desert Forest Circle in Sun City, Arizona from 1971 until 2008, when she moved to Minnesota to be closer to family. Kathleen worked for many years with TWA reservations, she then became a travel agent. Her last career choice was as the social director at The Sun City Lakes Club, a private dining club. She organized events and lead tours to various parts of the United States and Canada. When she was young she was a dancer, throughout her life she loved all animals especially dogs and horses. Kathleen was a Bronze Olympic Medalist for The Senior Olympics in the State of Arizona for Tai Chi. Family members have been asked to offer reflections about Kathleen:

Sister, Doris Bursheim of Ortonville, Minnesota. My sister instilled in me the value of family and being committed to each other. Although my sister and I did not see eye-to-eye throughout our lives, in the end, our bond to each other was paramount. All of our disagreements seem petty now. What was most important is that we found a way to love and cherish each other. Kathleen had an amazing garden at the community garden in Sun City! In addition, the house on Desert Forest Circle was renowned for the African daisies. People were always driving by slowly and it was often photographed.

Sister, Edith Fraser of Sandiway, England. My sister was kind, giving and accepting of me. I was separated from the family before Kathleen was born, due to the depression, so we never grew up together. When I came back for my visits to America, she made me feel like I was part of the family. I was often able to go with her on her travels around the United States. I saw and experienced things with her that I would never been able to do on my own. Although I've lived my entire life in England, I deeply appreciated her as my younger sister.

Niece, Kathleen Marihart of Madison, Minnesota. When I was a child in the 1960's and 70's, I remember Aunt Kathy as an example of Mary Tyler Moore. She embraced that image and lifestyle. Back then, she wore a hint of the 50's style of fashion with her small waist and full skirts and sprayed herself with floral perfume. She was a single woman with a career. She chose a profession that she was passionate about: travel. I have no doubt that her enthusiasm was contagious to all the people on her trips and tours. Observing her life as a child, helped me to accept that my life and career choices had options and I didn't need to depend on others for my financial security and that I should choose a career that would bring me happiness. I could be independent like my aunt – and I am.

Niece, Edie Barrett of Ortonville, Minnesota. I remember when my aunt worked for TWA. I was just a little girl then, but I was always so excited when she returned from one of her many adventues. When she came home, she blew through the door surrounded by the exotic air of far-away lands. She brought back gifts for all of us, many of which I still treasure. She was inspired by the Japanese gardens of Tokyo, the beautiful emerald island of Ireland, aborigine art from Australia, the Maori traditions of New Zealand, and the crafts of Iceland. She also traveled extensively in England, Scotland, Wales and Switzerland. Nationally, she loved Alaska and Hawaii. For me, she was an example of appreciating other countries, their traditions, arts, and their people.

Great-niece Corina Kells of Montevideo, Minnesota. My great Aunt Kathy taught me to love and respect all of God's creatures. Once when visiting her in Arizona, we found an abandoned nest in a flower pot and put the eggs in the sun to warm. To our surprise, one of the quail eggs hatched, so we both became mothers to the small bird. We later gave the bird to the wildlife rehabilitation center to be cared for and released. In particular, she loved dogs and horses. Professionally, I have worked as a home healthcare provider with Alzheimer's patients. I always wondered who these people were before Alzheimer's. No one would ever guess that my great aunt had traveled the world and been a professional woman, but we know who she was. We will remember for her.

Aloha Aunt Kathy. We wish you abundant blessings on your journey.

As a family, we would like to express our deep gratitude to The Memory Care Unit at Fairway View in Ortonville, Minnesota. We are grateful for the kindness and generosity of the staff as well as the medical staff and doctors at Ortonville Area Health Services. For the final stage of her life, she resided at Prairie Senior Cottages, a care facility specializing in end-of-life treatment of Alzheimer's, in Alexandria, Minnesota. We would like to express our deep gratitude for their care providers and for the hospice workers of Alexandria.

A shower of sympathy cards would be welcomed. Cards may be mailed to The Kamp Family at 741 Highland Highway, Ortonville, MN 56278. Cards will be forwarded to Edith Fraser in England.

We will have a Celebration of Life hosted at Lingonberry's in Ortonville, Minnesota. This will be an afternoon tea, for family, friends, caregivers, medical personnel, and for those people in the public whose lives have been touched by Alzheimer's. We will host this later in the summer, the public invitation will be announced in The Ortonville Independent.